A glance at current media coverage hints at a bleak 2011 for us all. 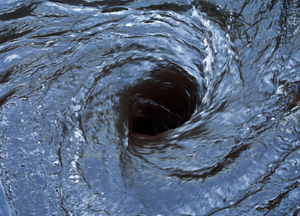 The Coalition will prevail or hang on whether it can provide the one thing that will make people vote for them - prosperity, or rather, the prosperity that comes of lots of people having lots of jobs. Alas, it seems the rope is coming out, as unemployment figures are shooting up.

The BBC notes that the figure has risen by almost 50,000 to 2.5 million, creeping inexorably towards the dreaded 3 million mark that defined the murk of the early 80s. Of course, there are lots of unregistered unemployed and would-be jobless shoved onto disability benefits, meaning the real number of unemployed could be as high as 6 million, or around 10% of the population.

Adding to the gloom is the long feared culling of public sector employees. The relatively well-off Hampshire area, for example, is losing 1200 workers at a time when the private sector isn't creating enough new jobs to begin with. Even the BBC itself is getting in on the cuts, with 72 monitoring staff being shown the door in Reading.

Those who remain are unlikely to be happy. A report in The Independent suggests a workforce under stress and under threat, whether it be from further redundancy or pay cuts. Even the Daily Mail is getting nervous, reporting that almost 20% of young people between the ages of 16-24 are without jobs.

Then, just to add some dramatic irony to the proceedings, The Telegraph highlights that even the Job Centre is planning to make people redundant, which will be a surreal sight as ex-job centre employees sign on at their old places of work. Elsewhere the British Chambers of Commerce are sounding ever so slightly panicked.

And, just when you thought it couldn't get worse, the government then gets rid of the Educational Maintenance Allowance, a hand-up for students who might not otherwise choose Further Education. Of course, it was a relic from the previous government, so they HAD to get rid of it. In any case, Eton sixth formers will probably not notice it's gone, but the ones in Wandsworth and Moss Side certainly will.

As a final cherry on the cake, the IPPR think tank is predicting a further double-dip rise in unemployment as a slugging economy fails to provide more jobs, while inflation fears make families even more cautious in regards to spending. Still, at least you can always sustain yourself by taking part in the new craze for 'eat-and-runs' at restaurants - all you need are a pair of good running shoes. A job, meanwhile, is optional.