Conservative manifesto pledges on social care are now the key battle ground of an election campaign. Theresa May has misjudged the will of the people and it will cost her. 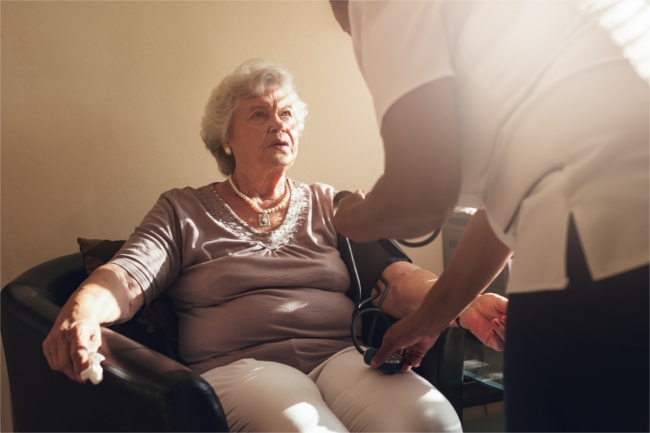 In the less than two weeks since she launched her party’s manifesto, Theresa May is still being bombarded with questions about how she got her plans for social care so politically wrong, and why she was so ready to reverse them when they proved unpopular. As the Tories’ polling lead apparently shrinks, this sort of political tangle is the last thing she needs. So how did she and her party end up here?

The underfunding of social care has been sitting in the “too difficult” box for a while now, and a succession of governments have appointed commissions and inquiries rather than address the issue. With a £2.1 billion shortfall predicted to open up in care funding by 2020-21, political leaders on all sides have struggled to address questions about who should pay for it and how.

Part of what makes it so politically tricky is that to British voters, “care” sounds a lot like “health” – and they’re used to a health system which is free at the point of use. It comes as a shock to people to discover that care costs are means-tested, and that, depending on your assets, you either pay for it yourself or you rely on what your cash-starved local authority can pay for on your behalf. It’s a broken system, and someone needs to fix it.

Theresa May’s government looked to be willing to do more to bring money into the sector, following a commitment to £2 billion in extra care funding in the 2017 budget and the promise of a green paper later this year. The Conservative manifesto seemed like another bold step – but in an unexpected direction.

The party departed from its earlier commitments to introduce a maximum amount or “cap” above which people would not have to pay for care. Instead, it proposed a floor: people receiving care services would have to pay for it themselves until it reached the point where their remaining assets were £100,000.

For people in residential care, this was an improvement, since the floor is currently set at a mere £23,000, including the cost of your house. The manifesto also proposed to raise the floor for people receiving home care, but also to take the value of their home into account for the first time, meaning many more of them would have to pay. And crucially, there was no upper ceiling on expenditure: whatever your starting point, you would keep spending until you only had £100,000 left.

Asked on the Today programme on Thursday May 18 to confirm that the Tories were abandoning the previous proposal of a cap, Jeremy Hunt said:

This looked a lot like a policy pivot made on the hoof over the weekend. There were a few positives to cling to: it was redistributive, in that it made people with more assets pay more. And, unlike a lot of current care spending, the costs don’t need to be recouped until after death, so no one will lose their home during their lifetime.

But a lot of people didn’t like it, for two main reasons.

To take the value of people’s houses into account when assessing their care costs would hit a very sensitive political nerve. People generally feel they have a right to pass their homes on to their kids; in particular, they feel that the state shouldn’t punish people who have worked hard and saved for a house by making them pay when people with no assets have their care paid for by the state. This didn’t seem to be playing well with older voters, most of whom usually support the Tories as a matter of course.

The manifesto proposal also failed to grapple with the implications of needing long-term care; people with care-intensive conditions such as dementia will pay a lot more than people who don’t need care. This is what led the opposition parties to call it a “dementia tax” – and again, this aspect of the policy is likely to be unpopular with a group of voters that the Tories can normally rely on.

Polls in the days after the manifesto launch showed the Conservatives’ commanding lead shrinking, and over the weekend, May made her startling decision to bring the cap back. But without knowing any details – such as how much the cap would actually be – it’s impossible to measure how much money the policy is likely to bring into the sector.

The implications of this were on full display at May’s combination Q&A/interview on Channel 4 and Sky on May 29. An older person in the audience raised worries about not being able to leave his home to his children if he had expensive care bills. May sought to reassure him that no one will have to sell their home during their lifetime, but that message doesn’t seem to be taking the sting out of the policy. 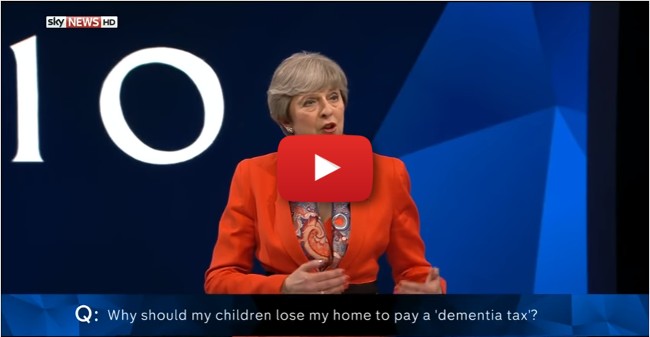 All in all, May is in a serious tangle. She has landed her party with a vague and contradictory policy that’s alienated a remarkable number of people – even the few who had admired the manifesto pledge for showing a bit of courage in the first place.