Those who helped break the economy cannot fix it

Economists at the Bank of England and the Treasury are ignoring the lessons of history and lack the intellectual courage to disregard diktats from the City of London spokesmen and their allies in the economics profession, writes Ann Pettifor. 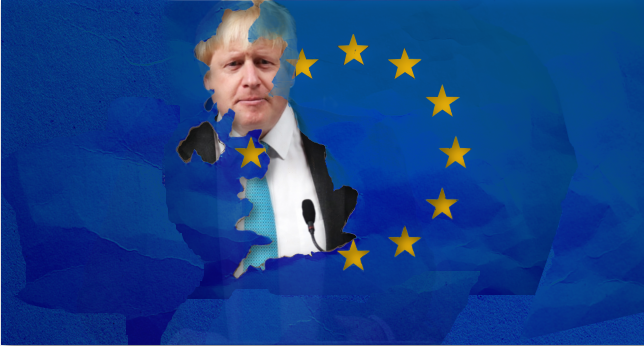 Make no mistake, the recent increase in interest rates was a big deal. Painful as it might be for a good share of the population, the real point is that the Bank is signalling the end of a particular phase of monetary policy.

Since 2010 the counterpart to self-defeating austerity policies has been expansionary monetary policies. These have inflated assets - enriching the already-rich, while failing to stimulate wider economic recovery. Yesterday the Bank of England’s Monetary Policy Committee signalled an end of this dangerous game.

But this technocratic realignment makes no difference to the fact that ‘the Guardians of the nation’s finances’ - Bank and Treasury economists - have failed absolutely to revive the economy.  You need look no further than the (ongoing) decline in real wages, to continuing low levels of private investment, and to the dangers of rising household debt. A small interest rate rise is hardly likely to improve these conditions.

Bank and Treasury economists (aided and abetted by the OBR) are guilty of defeatism. They argue that despite their powers, THERE IS NOTHING TO BE DONE. It is assumed that somehow ‘the invisible hand’ or ‘the markets’ will, without intervention by the authorities, correct the weakness, insecurity and failures of the British economy.

The prolonged and painfully weak recovery is regularly blamed on something defined as “productivity”.  By shifting responsibility for economic failure on to productivity, the Bank, Treasury and OBR economists are saying that somehow economic failure is inherent to the economy – to businesses and especially to workers. “Nothing to do with us, guv” they mutter.

They add that the situation has been exacerbated by the vote to leave the EU.  This is a handy way of denying that the ongoing economic failure of the British economy (and the Brexit vote) can be explained by austerity policies, and the failures of the financial system.

By taking this approach, economists at the Bank have - conveniently - set the scene for endorsing further inaction by the Chancellor later this month.

Yesterday the Governor of the Bank was flanked by Ben Broadbent and Dave Ramsden. Ben Broadbent, as a Goldman Sachs economist, was among the earliest to call for austerity policies [1]. Dave Ramsden (who did not vote for the rate rise) implemented these policies as top economist at the Treasury. But both Broadbent and Ramsden were senior figures in economic policy-making throughout the debt inflation that preceded the crisis, and (we presume) supporters of financial globalisation.

It is obvious to anyone with an ounce of common sense that austerity policies have hurt the most vulnerable, and damaged Britain’s economic potential, by forcing a brutal adjustment to lower quality and lower paid work. Labour has been forced to bear the brunt of the Global Financial Crisis. The weakness in productivity is just the outcome of these policies, not the cause.

The real way to assess the impact of austerity is acknowledging the role of the multiplier - a serious discussion conspicuous by its absence from economic debate. Similarly the idea that low unemployment figures are a warning of imminent inflation is frankly insulting. Everybody knows that (tenuous at best) ‘priors’ about the relationship between unemployment and inflation are completely broken. In conditions of deficient demand, low wages are paying for low unemployment. We now know that the reaction to higher inflation - following the fall in the exchange rate after the Brexit referendum - has led to even lower real wages.

Economists at the Bank and the Treasury are ignoring the lessons of history. In the 1930s interest rates were held at 2 per cent for more than 20 years, as part of far larger scale reform to the financial sector, and a determined effort to recover from the 1929 Crash. But while necessary,  low rates were insufficient to restore decisive momentum. By 1934 the Treasury (under a Conservative government) had revived government investment.

Treasury economists in the 1930s - led by Keynes - had the courage to disregard diktats from the City of London spokesmen and their allies in the economics profession.  Tragically for millions of British people, and for Britain’s future, that intellectual courage is sorely lacking today.

Ann Pettifor is a well-known and influential political economist with a high media profile and a record of achieving real changes in public policy, especially in relation to sovereign debt. She is Director of Policy Research in Macroeconomics at Primeconomics.org