Graffiti for over 60s

Lata 65 is a groundbreaking community arts education programme for people over 60 that breaks down ageist stereotypes through graffiti. 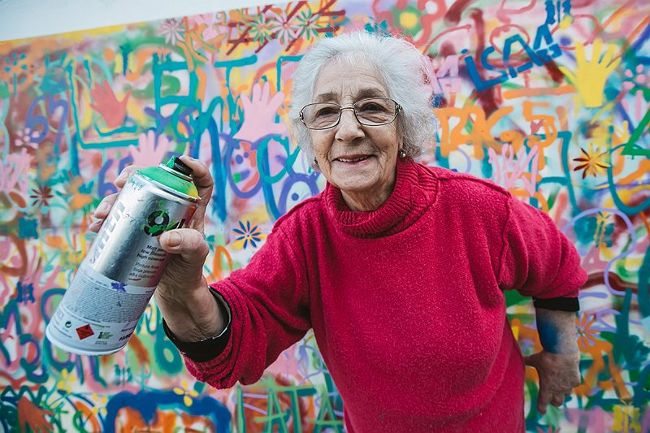 Graffiti artists could, until now, be summed up as follows: The Famous Ones, The Cool Ones, and The Ones Who Tag. But there’s a new graffiti gang on the scene. And they’re having a great time adorning the walls of Lisbon with spray paint.

Meet Lisbon’s oldest street-art mob: a diverse bunch of retirees, virally better known as the “Graffiti Grannies.” Let loose on the streets of the Portuguese capital, these are the members of LATA 65, an education group for pensioners founded by Lara Rodrigues that teaches them about tagging and the history of graffiti.

Over the last few years, Rodrigues has channelled her efforts into breaking down ageist stereotypes and common cultural perceptions through her seminars and two-day workshops—the latest of which took place in Lisbon when the ACS teamwas in town. 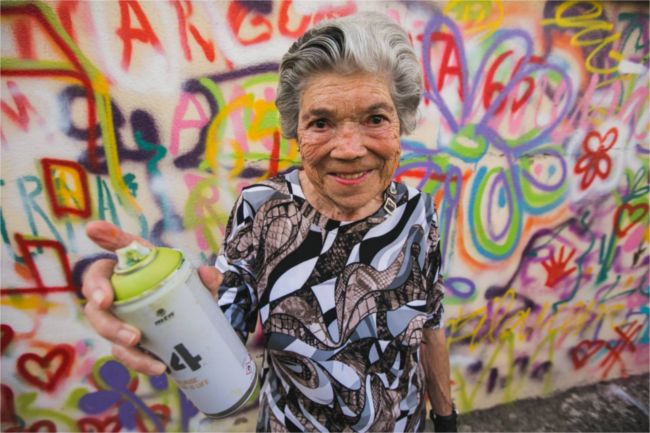 Lara’s two-day workshop kicks off with a short history of graffiti, encompassing everything from tagging (which elicits some tuts of disapproval) to more stencil-based work of artists such as Banksy. There is even a tongue-in-cheek warning.

“It’s best to use a nickname when you write on the walls, just so the police don’t find you.”
After a day of designing and etching out stencils, it’s time to hit the streets donning masks and brandishing spray cans. The group meet at the designated wall on the second afternoon. Aided by street-artists, who serve as guides, there is definite nervousness as they begin but once the painting starts there is no stopping these artists. Hustling for space and moaning when another paints over their design. Within half an hour, the grannies have livened up a bare wall, transforming it into a multi-coloured canvas with everything from handwritten tags to stencilled flowers, fish and animals. 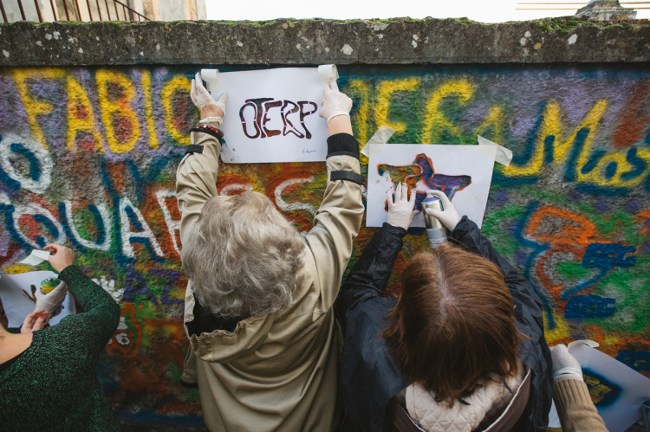 So next time you’re in the Portuguese capital city of Lisbon, you might want to look a little closer at the graffiti tags you see around town—they might just be from artists that you wouldn’t expect.

Reproduced courtesy of A Certain Syrup