The important role of grandparents

Grandparents play a significant role in the upbringing of children. Diane Priestley reflects on how her own parents had loving input into her two children, now successful young adults.

I remember the glory days of our kids’ early childhood: the Christmas that Nana and Pa presented two-year-old Justine with a giant fluffy bear bigger than herself; the birthday they gave her the bicycle with trainer wheels; the time Pa wrapped his arms around six-year-old Daniel and taught him how to swing a golf club and how they tinkered in the shed together.

Then when Justine started school and we were working late, she would stay with Nana and Pa every afternoon and Nana would make her a ‘happy plate’ and she would sit on Pa’s lap for a story or they’d giggle together at the cartoons. The reliable ritual was a refuge in her little life. There was no place safer and more fun than Nana and Pa’s cosy lounge room.

Grandparents play an important role in the lives of children. They offer an additional buffer zone of adult security, affection and attention. When Mum and Dad are tired and cranky and nagging about cleaning up your room, Nana and Pa are soft as butter and just melt at the sight of your cute little face.

Most older people have reached a stage of life where they have the patience and time to play games and go places. They can do the things they were too busy to do with their own kids.

Grandparents and great grandparents give children a link to another generation; a sense of their family history; a perspective of the past and a concept of the continuity of life; a respect for old age.

Pressured young parents are also fortunate if they have the support of their own parents who willingly lend a hand with babysitting and share in the pleasures and delights of their children.

It is sad for children who miss out on having loving grandparents actively participate in their lives. As experienced adults, older people can have a positive input into kids’ character formation; role-modeling valuable skills and qualities. 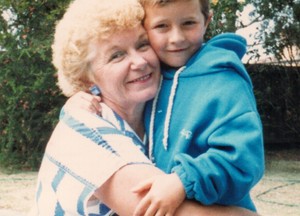 My own kids would certainly not be the well-rounded, confident, successful adults they are without the influence of their Nana and Pa in their formative years.

Likewise, it is sad for grandparents who pass up involvement with their grand kids, preferring immersion in their own interests, because children can bring an enriching dimension to the later years.

And the tragedy for many grandparents and kids is losing that precious relationship when parents divorce. I believe that loving grandparents have a right to continue a relationship with their grandchildren even after family breakdown.

And this right has finally been recognised in the UK. Since March 2011 grandparents have been granted the legal right to maintain contact with their grandchildren after a family breakdown or divorce.

Of course just as not all parents are good for kids, not all grandparents are a positive influence. Some grandparents become caught up in taking sides in a marriage break-up and get into kids’ ears, bad mouthing the other parent.

It’s important for grandparents to stay neutral in the battle zone and simply provide a refuge. Confused kids will benefit from the stability they offer.