How to settle social care funding once and for all

Janette Rutterford says the Dilnot Report's findings on social care costs and caps must be implemented. 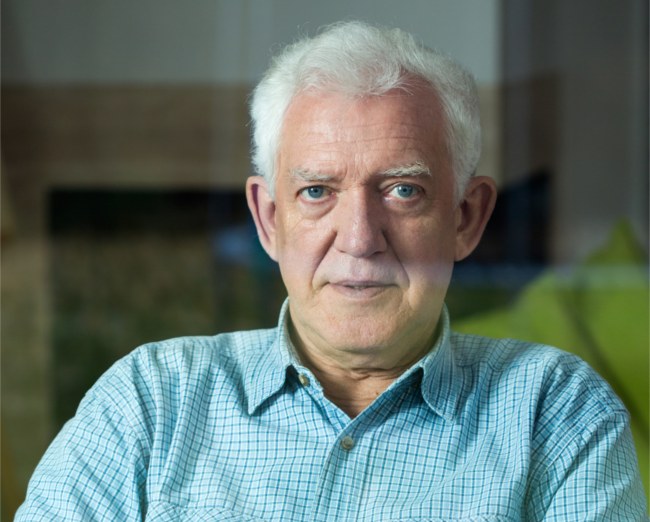 Branding it a “dementia tax” was inspired – opponents of the Conservative Party’s election manifesto railed against its fundamentally unfair proposals for dealing with the social care costs of increasing numbers of old people with dementia. Theresa May’s U-turn took less than a long weekend. But there is still massive unfairness in the provision of care for those no longer able to look after themselves.

First, there is the issue of fairness with respect to the illness lottery. If a member of your family gets cancer, the National Health Service will offer the best treatment for as long as it takes to cure them, or provide palliative care in a hospice free of charge. If a member of your family gets dementia, the NHS tends to keep its distance, apart from an occasional visit from the local dementia nurse, to check how the dementia is progressing.

Only if there is also a health problem, such as an ulcer or an infection, does the NHS swing into action. The contrast between “health care” and “social care” is marked. And let’s forget the other option of “continuing care” funding for long-term illnesses because it is far from clear cut and has complex eligibility criteria.

There is also a postcode lottery on the provision of care. Help with care for someone living with dementia in their own home comes not via the NHS but via the local authority. If the patient has more than £23,250 in savings, the help comes in one of three forms: either nothing (you’re told to use private care agencies); a limited, fee-paying service; or, if you’re very lucky, a notional lump sum which the patient’s family can choose how best to spend. Which you get depends on which local authority is responsible.

Another lottery depends on whether you are cared for at home or in a home. At the moment, if care is provided at home, the value of the home is not included in the calculation of assets. But if your family member goes into a care home, the local authority can require the sale of the home to pay the fees – when there is not enough income – except in certain special circumstances. Even the ability to negotiate with the local authority to defer the sale of the home, for example if someone is still living there, is another postcode lottery.

Just as with cancer, it is unfair to penalise someone financially just because they have a degenerative condition. As with cancer, not everyone is affected. So the logical solution is to increase national insurance or income tax, which is paid for by everyone. That, after all, is how the NHS is funded.

And we’re talking small beer here. NHS costs and social security benefits linked to pensioners together account for £133 billion, whereas the total bill for social care for older people is just £7 billion. The savings which May was trying to make on social care were worth around £2 billion; she’s promised an additional £8 billion for the NHS.

In the absence of affordable insurance products to cover potential care costs of hundreds of thousands of pounds – whether at home or in a care home – the only fair solution is to pay for this small element of care the same way as the NHS, through income tax. If people with more valuable property are expected to pay more towards their care – and this is a political decision – then some form of tax related to wealth or property will increase costs for the asset rich.

But if people needing social care are expected, unlike cancer patients, to contribute to their costs, then the Dilnot Report offers the solution: a floor and a cap.

The report’s proposal was, like May’s, to have a floor of £100,000 in assets, below which social care for the patient would be provided for free. That is a sensible decision. But, importantly, the Dilnot Report also proposed a cap of £35,000, precisely so as not to penalise unfairly those who will need long-term, full-time care.

So, up to £35,000 might be taken from the patient’s assets, with accommodation costs in a care home or at home being paid for by the patient’s pension income. Such a cap was deemed feasible to fund using part of their housing wealth, either through downsizing, taking out an interest-only loan tied to their house or new mortgage-based solutions. This was later increased to £72,000 by David Cameron’s government and was due to come into force in 2020, as was a cap on accommodation costs of £12,000.

In contrast, May’s manifesto commitment was simply to remove the cap. The entire estate of the patient – apart from the last £100,000 – could go toward care costs over which the family had little control. It was fair in one way only: it treated people being cared for at home equally with those in a home. But it was completely unfair for a condition which, like many cancers, has a term and severity which cannot be forecast in advance.

Since U-turning on the idea and saying there will now be a cap on what people must pay towards their own social care costs, May has refused to say what the cap would be. Instead she has emphasised the need for more consultation on the issue.

But there is no need for another green paper, or additional discussion. The best brains have already discussed and evaluated the options. It is only the political will to increase income or wealth taxes that is lacking (as well as any insurance solutions). So, let’s implement the Dilnot Report’s recommendations on social care cost floors and caps and move on, as with cancer, to trying to cure dementia.