Grandparents prove their worth in half-term childcare

Grandparents are providing an invaluable resource for parents during school holidays and it is estimated that grandparents providing childcare save working parents approximately £6.8 billion annually. 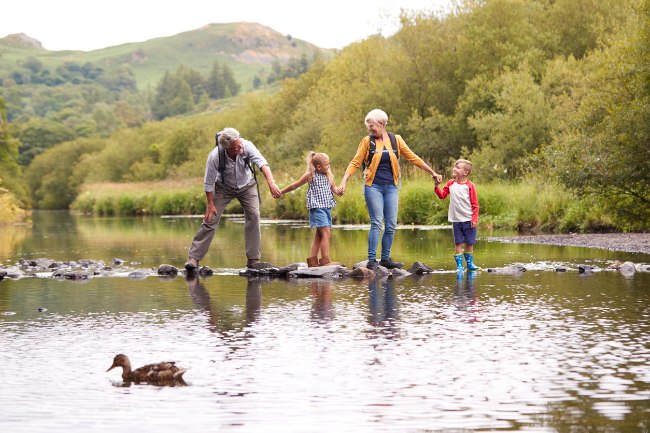 Almost three quarters (71%) of grandparents will be called in for childcare duties over half term, with more than half (57%) taking their grandkids away, the majority of these (65%) on a staycation.

The amount of time grandparents devote to childcare varies, with half of all those surveyed (50%) stating between one and three days, but over one in ten (12%) looking after grandchildren for five days or the entire week.

While a good proportion (55%) are sticking to a budget of less than £100, 21% are spending between £101 and £250, 7% between £251 and £1,000 and a small proportion (1%) admit to spending over £1,000 on half-term holiday fun. And grandparents are not just taking their grandchildren away once annually; nearly one in three of those who take their grandchildren on holiday, do so more than once a year.

Most surprising is that only 3% will always be reimbursed by their children, with 83% of grandparents never seeing a penny, and a total of 14% sometimes receiving all or partial funds back.

With the vast majority of those surveyed (92%) having more than one grandchild, and over a third (34%) with five or more grandchildren, Chris concludes the results reveal quite an undertaking from our nation’s retirees:

“Grandparents are providing an invaluable resource for parents – in fact it is estimated that grandparents providing childcare save working parents approximately £6.8 billion annually*. Undoubtedly, more often than not, this is fantastic for both children and grandparents, but it certainly means they are deserving of our gratitude!”