Empty nest syndrome: what to do when the kids fly

When the children finally grow up and leave home, the silence they leave behind can be terrible for parents to deal with. But, its out painful duty to help them on their way so that they can grow as individuals. 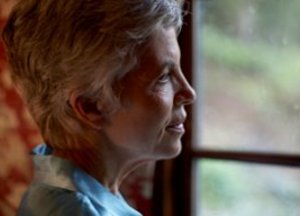 Leaving home is a process. Sometimes we must rip off the band-aid fast and feel the sting. At other times you ease it off gently.

Number One son Daniel had launched himself into adult life in spectacular style a few years before. He is now a successful entrepreneur and acclaimed public speaker. Eventually it was our beautiful daughter Justine’s turn.

The first time Justine left home she was 17, straight out of high school as a dazzling, award-scooping High Achiever. She moved to Brisbane, an hour’s monotonous drive from our Sunshine Coast, Queensland, Australia home. We helped her move her stuff to the tiny flat with her gal pal and toasted her freedom with a cup of tea over bulging cardboard boxes.

I wandered around our empty house, bereft and howling.

My grief was premature however. She missed her friends and drove home every weekend. We relished the whirlwind of her arrival and were dizzily swept up in her hectic social life.

The following year she moved back into her old room to go to college. In Australia we call this moving out and moving back home syndrome a case of Boomerang Kids. How long does a kid act like a boomerang? For some families it lasts throughout their. But not for us.

Justine attracted a glittering array of exuberant teenagers. Every night giggling, glamorous, leggy girls would file through our corridor. My husband Andrew and I sat in our PJs watching TV, waving and smiling feebly, feeling frumpy, self-conscious and obsolete.

Then, in a neat Baby Boomer twist, we the parents took off for a few months to London and the US.

When we returned, our baby girl, at the tender age of 20, was ready to leave home for good. The pretty bird had found her wings and was poised to fly the nest, to pursue a career as a film actor in London.

After we waved her onto the plane, faces streaked with tears, we really did confront the bleak silence of the Empty Nest Syndrome.

But leaving home properly is an essential rite of passage to adulthood. It is a sad irony that parents, especially mums, if we do our job right and raise strong, capable, independent adults, are destined to be abandoned.

In Changes That Heal, psychologist Dr Henry Cloud outlines the stages of human development. First, children bond with their mothers, they must separate from them in order to become individuals.

As mums, we must encourage our adult kids to leave us. Cheer them on. Take the lead. Be gung-ho. It is the toughest, most brutal call to cut the umbilical cord once and for all. But cut we must.

Some mothers refuse to let their kids grow up. They don’t understand that standing up for themselves in their late teens and early 20s is just another stage of growth. Young adults are hard-wired to leave home as surely as babies must crawl and walk.

Some mothers cling to the cosy dependency of infancy. They want the bliss of bonding forever. But that kind of smothering only breeds resentment and inhibits maturity. If grown-up kids fail to develop as individuals and master every aspect of adult life, they can form unhealthy co-dependencies in marriage.

If parents are courageous and wise enough to encourage them to leave without guilt or fear, we will be blessed with a new kind of mature relationship when our children blossom into assertive adults. It will be an equal relationship, full of mutual respect and honesty.

In an exhilarating surprise, Empty Nesters discover that we are simultaneously faced with the opportunity to have another shot at becoming strong, independent individuals in what author Gail Sheehy, in New Passages, calls our ‘second adulthood’. I wholeheartedly suggest parents seize this second chance with both hands.

Months after Justine had flown off and made her own nest in Shepherd’s Bush, we knew the ‘leaving home’ ritual was complete and it was safe to take off ourselves. We too relocated to London.

Our little girl officially reached adulthood and returned to Australia to a 21st birthday surprise party thrown by her flamboyant boyfriend. He gave beautiful Venetian masks to all the young guests dressed in stunning evening wear, before limousines gracefully transported them to a charming restaurant in the lush hinterland. Justine celebrated her milestone in grand style.

Once again we cried with overwhelming pride.