The first working Monday of the year has been dubbed Divorce Day. If you are considering a split also consider the potential cost. 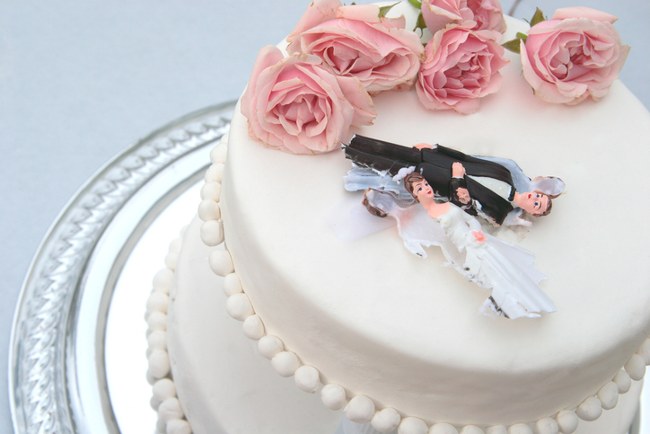 Christmas is but a memory and the cold harsh realities of returning to job you don't enjoy, paying cedit card bills you can't afford and living with someone who you no longer know. Yes, it's January or as people in the legal professions prefer to call it 'divorce season.

The first working Monday of the year has come to be known as Divorce Day, it is the day when divorce lawyers expect to see a spike in the number of enquiries.

There are plenty of reasons for this: couples may have been hanging on so as not to ‘ruin Christmas’; the festive season may have been the final straw – bringing financial pressures, disappointments, and a fortnight in close proximity; or they may be tipped over the edge by thoughts of a fresh start in the New Year.

“For anyone embarking on this journey, there’s no nice way to put this: it’s likely to be a rough road ahead, which takes its toll both emotionally and financially," says Sarah Coles, personal finance analyst at wealth managers Hargreaves Lansdown. "Even with careful planning and a sensible approach, it won’t be comfortable. There are, however, ten essential steps which can make it all a little less financially painful.”

Your first priority is damage limitation. It’s incredibly common to start running up debts after a split, because you are dividing the same income between two households – while at the same time paying for what can be an expensive process. It makes sense to draw up an emergency budget to cut your expenses as much as possible during these first difficult months.

You’ll need to make decisions on joint financial arrangements for the short-term. Banks can freeze the assets in joint accounts, or make arrangements so that you both have to agree to any money being withdrawn. Similarly they can place controls on debts to prevent either of you from abusing joint arrangements. If you are being paid directly into a joint account, arrange for the money to be paid elsewhere, and if there are bills, rent or the mortgage coming out of it, you’ll need to arrange an alternative way of paying these.

Try to agree things between you

There will usually be assets and debts to divide. There may also be children, in which case you will need to agree who they live with, access, and maintenance. As soon as lawyers get involved, you will typically pay over £200 an hour for their services, so the less they do, the less it will cost you both. Try and agree what you can without a lawyer in the room.

If you end up going through the courts, it can be a long and expensive process, and there are no guarantees, so it may make sense to employ a professional mediator, who can bring an independent third party to the process at a lower cost.

Understand the value of what you have

Couples often offset assets, but it’s important to appreciate the value of what you are giving up and what it will cost to replace it.  Someone forgoing a pension for the lion’s share of the property, for example, needs to understand what they are trading. It may be worth speaking to a financial adviser as well as a lawyer.

In many cases, it’s one of the largest assets built up during the marriage - often largely in the name of one person. You have a few options as to how to split it: pension sharing divides it into two separate pensions; pension offsetting trades it off against the value of other assets held by the couple; deferred pension sharing (not available in Scotland) arranges to share the pension at a later date; and a pension attachment order (pensions earmarking in Scotland) pays an income or lump sum to the other member of the couple when the pension holder starts taking their pension.

Build up your short term savings

Divorce is expensive, so is likely to have eroded your cash reserves. One of your first priorities afterwards, therefore, is to build up a lump sum in an instant access savings account or cash ISA to cover emergencies.

Divorce, nullifies any wills, so you need to make a new one as quickly as possible to ensure your estate will be divided according to your wishes.

After a divorce you will need to revisit your longer term savings and investments too, and review the damage done. You may well need to rebuild your portfolio or your pension, and rethink your plans for retirement, so the sooner you start, the better.

The potential cost and distress involved in a divorce means in some cases it’s worth considering a prenuptial agreement before you get married. These lay out what will happen to your assets in the event of a split, and can help protect assets brought into the marriage. This may be particularly important if either of you have children from a former relationship and you want to protect their financial position. Prenups are not legally binding in the UK, but as long as they are reasonable, properly negotiated, and everyone has been legally represented, the courts are likely to take them into consideration.