Will terrorists attack the national grid?

An overlooked threat continues to be ignored 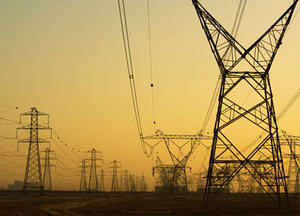 The next 9/11? A threat like this has been worryingly overlooked for too long. Our national grid may just as vulnerable:

...The United States is ill-prepared to deal with a cyber attack on the nation’s electric grid, one of the biggest national security threats facing the country today, lawmakers warned.

“The sobering reality is this vulnerability, if left unaddressed, could have grave, societal-altering consequences,” Rep. Trent Franks, R-Ariz., testified before the House Energy and Commerce Subcommittee today. “We face a menace that may represent the gravest short term threat to the peace and security of the human family in the world today.”

Experiments by federal agencies in recent years have shown that cyber spies have intruded the U.S. electric system, and that it's increasingly susceptible to attacks by hackers and foreign governments.

The weakness in the system, some lawmakers argue, can also be exploited by terrorist groups like al Qaeda, which are advancing their technological capabilities.

“We know there are many many PhDs inside al Qaeda, whether we like it or not,” said Rep. Ed Markey, D-Mass., a senior member of the House Energy and Commerce Committee. “They are very technically sophisticated.”

Administration officials today admitted that nuclear reactors specifically are less secure than in the past, and smart grids -- new digital electricity networks that are being promoted around the country -- are more exposed than traditional systems. Because the new internet-protocol based systems utilize commercial software over the internet, they make the system more vulnerable. Coordination between agencies is also lacking, some say.

“Yes, threats are greater. Undoubtedly,” said Joseph H. McClelland, director of the Office of Electric Reliability at the Federal Energy Regulatory Commission. “When it comes to national security... the process is too slow, it’s too open and it’s too unpredictable.”

Several bills have been introduced in Congress to tackle the issue, but none has made it to the president’s desk...