Over 50, out of work with failing health? Here's a round up of news that will interest you. 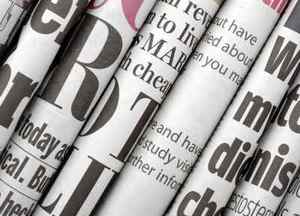 County councils are warning that austerity cuts and welfare reforms are driving up demand for services ahead of the latest parliamentary debate on the Care Bill.

In contrast to council bosses' concerns for the future of elder care funding an influential think tank is badgering the government for more severe cuts to the pensions system:

The Institute of Economic Affairs, a free-market research body, believes that plans to increase state pension age should be brought forward as a matter of urgency.

The IEA argued the result is that, under current policies, state pension provision and other benefits paid to those who retire before state pension age represent a "ticking time bomb" for the public purse.

And what do people who are compelled to continue working do with so few employers willing to take on older workers?

Matthew Hancock, the Skills minister, claims older people can better themselves and their prospects by applying for a new professional apprenticeship. The minister overlooks the fact that unemployment among the over 50s is greater than in any other age group at around 425,000, however Hancock reassures that enrolling will enable people to "get and hold down skilled jobs".

If you have to work longer to pay your day-to-day expenses and supplement your pension, then you had better hope you remain healthy.

Recent media coverage in press and broadcast has floated the idea that a daily vitamin E supplements can slow the advancement of dementia. NHS Choices Behind the Headlines news analysis service cuts through the blurb and takes a look at the science supporting the claims.

Read the full report at Behind the Headlines