How a brain swap made my day!

Five years after her cerebral transplant, Doris Clugg tells all 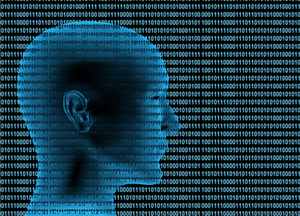 As medical advances abound - including the first brain-computer interfaces which took place last week in India - it's worth visiting one of the genuine stars of our transgenic age, the first brain transplant patient, Doris Clugg.

Doris, a widowed mother of three and ex-dinner lady from Stockton-On-Tees, had just months to live after being diagnosed with aggressive bowel cancer. In a groundbreaking procedure, her brain was transferred into the body of a donor, a 21 year old blonde woman whose name we cannot disclose.

Five years later, and is Doris happy? OlderIsWiser.com find out!

- Where did you hear about this pioneering ‘body swap’ treatment?
Well, I was on the way out, as you know, with the cancer. So my son Dennis - he's such a nice boy - found out about a private place in Bristol that would do it. Since I was the first one to do this, he sold me story to the papers and used the money for the swap...

- Why did you want to have the procedure done?
I was dying. Also, I think you should be as old as you feel, and I've always wanted to run along a beach in a bikini in slow motion, which is hard to do when you're 77 and have a false hip.

- Are you the first person to have this operation? Did this make you nervous?
Well, I heard about a Texan politician who had a brain swap with a chimp, but I'm more of a cat person. Anyway, I wasn't nervous at all, honest! I'm a tough old bird, me!

- Do you know anything about your donor?
I get e-mails from her! They've got her brain in a jar somewhere in the Ukraine and she's on the waiting list for a gynoid body - cheap and cheerful. The real thing's much more expensive, which is why she chose to sell up. Lovely girl.

- People often say they inherit traits from a donor, have you from yours?
Well, me bra size has gone up, I'm 3 inches taller and four stone lighter... Also, I get builders whistling at me, which is something I didn't get before... I can't speak Ukrainian mind you.

- What does your husband think of your new body?
Oh, he died during the war... DIY accident. It's been awfully lonely since. Mind you, that rogue Roger at the club I go to keeps chasing me around the Church Hall! The devil!

- How do you feel now? Are there any regrets?
My daughter's children think I've died and an angel has taken my place. I play along, you know, they're so young... No, I have no regrets. I'm the first person in my family to appear on Page 3, and my modelling career has boomed ever since. I get so much fan mail from dirty old men! Ooh, I might get a toy boy soon!

- Would you recommend this to other people?
Oh yes. Life's too short to have just one body, and the gene therapy drugs they make you take to stop your body rejecting your brain help you see all sorts of pretty colours... Hmm, orange... Oh, where was I? Well, yes, give it a try. I did!

So that's Doris - happy with her new body, and why not? In the interests of balance, however, we must include the following statement from the BMA, care of Dr. Simon Alban, head of their Board of Bio-Ethics:

"Doris is a very lucky woman. Few other body transplantees have gained the same lease of life as she has, not least when they go under as men and wake up as women! (I'd just like to apologise for that incident and the Rotherham NHS trust has already made a generous out of court settlement.)

"It's far better to just replace parts of your body as you go along. Like me. These arms aren't my own. They belonged to a Chinese pianist. Hmm. Lovely hands. Feel them. They're women's hands..."

NEXT WEEK: How my deadbeat husband left me for my younger clone... So I married his computer!