Anti-terrorism: Cure is better than prevention 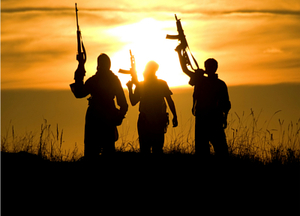 Nothing says this more clearly than yesterday's proposed Prevent strategy, launched by Home Sectretary Theresa May. It aims, among other things, to stop radicalisation taking place in prisons, blocking web sites that inspire terrorism and increased monitoring of those convicted of terrorist offences.

Much as Generals insist on preparing their armies to fight the last war, so anti-terrorism measures are simply knee-jerk reactions to what's already gone wrong. (In the case of the USA, this comes with added gross indecency.) Prevent is no different.

Let's look at what's wrong with these proposals. Firstly, how did all this radicalisation start to happen in prisons? Why was it allowed and not monitored? Why did it not occur to anyone that keeping the ranting demagogues out of a prison's general population might in fact be a good idea?

Instead, we have a set of measures that are trying to undo the damage already done. They won't work, much in the same way that treating dry rot when it's colonised half the attic doesn't work.

A similar problem limits any attempts to regulate the Internet. Beyond the difficulties of defining what actually is terrorist propaganda and what is a Walter Mitty-like 14-year-old in Blackburn posing with a plastic airsoft AK-47 and his Mum's green dish towel on his head, it's also plainly a measure dreamt up by people who don't understand how the Web works.

Block a URL and you're guaranteed the content will spring up on a mirror server soon after. If the Chinese can't keep their Great Firewall inviolate, what makes the Home Office think it can succeed in the UK?

Finally, wouldn't it have been a good idea to monitor convicted terrorists in the first place? We only let murderers out on licence, after all, and sex offenders are forced to keep the police updated on their whereabouts. So why wasn't this 'crackdown' on known threats implemented in the first place?

It seems the Iron Fist tone of the proposals is actually a desperate attempt to look half-competent after years of gross incompetency.

The proposals are also a missed opportunity. Why not have a 'radical' proposal to actually stop religious extremism taking root? Make a case for religious and personal freedom. Argue for our traditions of secularism and tolerance.

Demonstrate how these have made life better for people, or at least, far better than the backward, misogynistic and sociopathic idylls that many terrorists dream of.

The irony is not lost that these people shout about having the decadent West imposed on them, yet are in favour of having their own model imposed on everyone else by violence.

Remind everyone that every interpretation of religion, no matter how scholarly or genuine, is ultimately subjective and flawed, and no grounds to start killing people over. And, for all the controversy over foreign policy, it's hardly an alternative to listen to imported clerics funded, aided and abetted by faceless backers with agendas of their own. Instead, we should actually make a case for the alternative to terrorism - pluralism and democracy.

Instead, we have a set of inept proposals that seem to demonstrate that our government needs ideas from the terrorists themselves before they'll do anything. The end result is mind-numbingly clumsy and ineptly conservative. That boy had better have some extra fingers.