Peter McGahan looks at how to grow your pension but cautions there is no point having a tax efficient saving if you squander on higher charges and poorer performance. 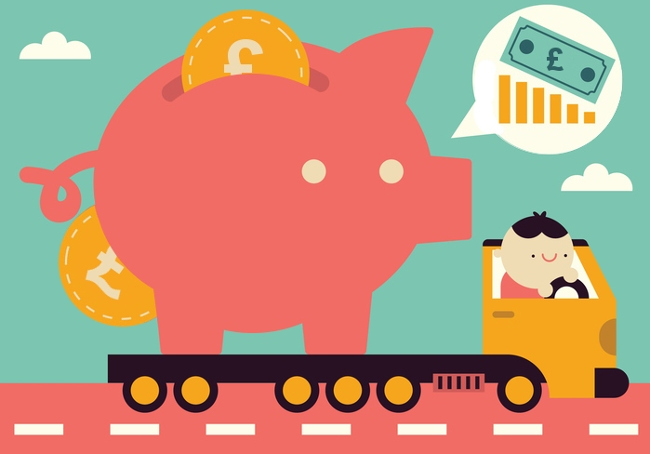 As we've covered before, the impact of tax can be a considerable brake to your finances. In a standard working week, a basic rate taxpayer works all day Monday to pay the taxman, and it’s late Tuesday afternoon before a higher rate taxpayer sees the light of day.

This is before we include other forms of tax like VAT, car parking in towns, Council Tax, tax on insurance premiums etc, which, for lower earners makes a long ‘working-for-the-taxman’ week.

Hannibal, when travelling through the Himalayas, allegedly described them as “instructions” rather than “obstructions”. When designing a financial journey, a financial adviser has to guide through the mountains and financial fog.

The largest weight in your rucksack of investments are, charges, poor performance and tax. If we can tweak each of these, the differences can be astronomical to your pensions and investments.

Let’s take you through that in terms of its impact on your pension or investment:

I’m not forecasting a growth of 7%, simply showing the difference in impact as each of the above scrape at your financial security. A £100,000 pension fund growing at 7% for thirty years produces a potential return of nearly £761,225.

The difference in fund performance is often lots more than 1%, and if you remember, we recently covered the impact of choosing the best, or worst pension fund over just a twenty-year period. The difference between the top and bottom fund was over £469,000.

On your financial Himalayan trip you want as little in that rucksack as you can, and what’s in there needs to be just what you need.

And so, saving in the most tax efficient way is a key starting point of any financial plan.

If you had saved into a pension prior to your earnings being poured through the lacerating filters of tax and National Insurance, your contribution of £100 would only have cost £70, whereas an ISA would cost you £100.

As well as immediate tax relief on entry at your highest rate, the underlying funds in a pension grow tax efficiently giving a double whammy.

Of course there is no point in having a tax efficient saving if you squander on higher charges and poorer performance.

When I was a young man starting out, a pension was as flexible as a politician, and the very thought of chaining myself to such a thing for 45 years with such rigidity was unthinkable. The charges were extortionate and benefitted the financial adviser and insurance company first, with the investor scraping around for what was left.

Now that such schemes have amazing benefits and flexibility, particularly for Inheritance Tax, they should be the first port of call. The ability to keep cash outside of your estate and choose where it goes to over a generation without needing to go into expensive trusts is invaluable.

Seventy-five is the important age to remember. If the pension owner died before 75, the beneficiaries can take the pension tax-free as a lump sum, as a flexible access drawdown (an income), or an annuity.

You should be sure to make your expression of wishes clear in your pension fund so the trustees know who to pass it to. This saves a huge amount of time and legal work along with the potential for disputes.

If the pension owner dies after aged 75, the Inheritance Tax breaks still apply but the options to the beneficiaries are reduced in that the income becomes taxable at the highest marginal rate for the beneficiary.

Having the ability to keep such a large sum outside of the estate, especially as it is growing tax efficiently is a phenomenal benefit.

Peter McGahan is the owner of Independent financial adviser Worldwide Financial Planning, which is authorised and regulated by the Financial Conduct Authority.