How should I manage my investments through Brexit?

Peter McGahan takes a look at how you might invest post Brexit by looking at how sectors have performed since the referendum. 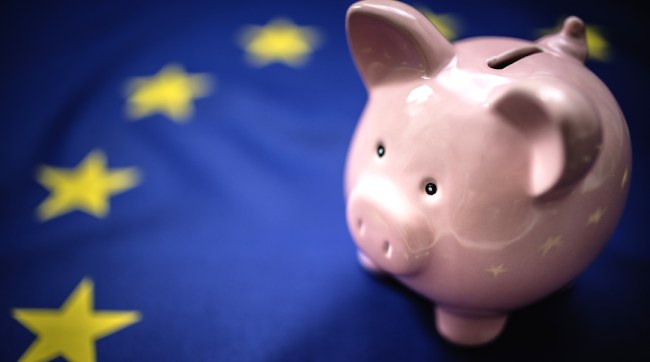 Brexit is like going shopping with my three daughters: ‘That dress is great, like the last one, in fact like the first one, and the shoes are great too. We’ve been here since 8:30am and its 5:29pm, make a decision’.

In reality the performance in markets depends on the same, but extraordinary decision making skills of politicians.

Hard Brexit equals one return, and vice versa, so betting on the above decision making skills would seem an inappropriate way to invest money.

The key skill in investing money is to have your investments in all the best companies likely to make the best returns, but diversified in case certain extremes or opposites occur.

Investing in umbrella and welly boot companies was always a great idea in our climates until last year when we had a summer. In that instance, having the very best ice-cream companies as protection would have paid dividends.

Brexit is no different. If you wanted to bet on a no deal, half deal, deal or no Brexit, there are ways to really make money, but that bet could leave you looking look like a complete ‘eejit’, naked with wellies.

As an example, the FTSE250 (domestic UK market) outperformed the FTSE100 (UK companies but International) at the beginning of the year, on the back of sterling gains on talk of an Article50 extension.

A no deal, or bad deal, would pulverize sterling and the FTSE100 would outperform the domestic market, both from the impact of a bad Brexit on UK domestic companies, and from the boost that a weakened sterling has on dollar and Euro gains brought back into FTSE100 companies, at such a low currency exchange.

The FTSE250 has significantly underperformed the FTSE100 since April 2016, and one would hope that a deal is agreed (i.e. no matter what, the girls need their clothes) which favors the domestic market.

Couple that with the current lack of attraction from overseas investors to the UK domestic market, and the reverse in sentiment through a deal would provide a nice thermal uplift.

International investors are currently caught between the rock of Brexit on domestic stocks and losing gains when they take their money back out as sterling has fallen.

The UK is therefore unattractive to international investors until that reverses, as there are better options globally with greater returns and lower risk/volatility.

Naturally I can look through that and say that earnings in the UK are depressed and that’s why the price to earnings is so high.

An ICM poll showed that just 28% of the public wanted a no deal Brexit after the last weekly meaningless vote.

Do you move to domestic or international stocks, or diversify?

The skill will be in the diversification, and the speed at which you can change tack in the prevailing wind. That’s where having the best managers managing your cash makes the 1-2% difference year on year.

An example might be to look at how sectors have performed since the referendum. Materials are up 81.4% and Transport is down 39.8%, with a change in earnings per share of 283% for materials and -22.9% for transport.

Time to buy unfavoured sectors off the back of a bet on an agreed deal? It’s still a bet.

Instead of wild bets where you queue jump and pay the price later, it’s better to approach with a steady hand at the tiller.

A reduction in gilt exposure would have assisted your portfolio over the last few months, a strategy our investment manager took, whilst investing into linkers (index linked bonds) as a natural protection (hedge) against a no deal Brexit.

Amazingly, linkers have outperformed the UK All share index since the referendum.

Choosing the safest route through the ocean for the best returns, with the most calculated captain, who chooses when to put out the stabilizers and when to go for it, has, for my short thirty one years’ experience, always produced better returns than the thrill of surfing a tidal wave in a 60ft yacht.

For a review of your investment portfolio, please call 01872 222422, email info@wwfp.net or visit us on www.wwfp.net.