Don't fall for the Scareware threat

Browser hijackers and fake virus warnings are becoming more and more common, but how do you protect yourself? 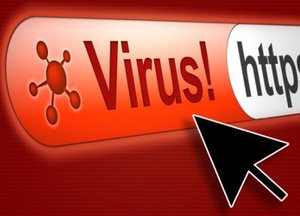 WARNING: YOUR COMPUTER IS VULNERABLE! CLICK HERE TO PROTECT YOURSELF!

Ever seen a message like that? It probably looked just like any other pop-up your PC gives you when something isn't working right.

But, as many have found out the hard way, such pop-ups are nothing but scams, designed to scare you into clicking on them and then tricking you into paying for the software to "fix" the "problems" it discovers.

In reality, when you click on these pop-ups, you're downloading malware that will be installed on your PC. The program then proceeds to pretend to scan your computer, subsequently alerting you to dozens or hundreds of problems it's found on your machine.

The catch: If you want to fix those problems, you'll have to pay for the full version of the software. And if you do pay, all those problems will miraculously disappear.

The specific lawsuit in this case has been filed by Microsoft and Washington state against a number of companies (some of whom are still not even identified), but which include a Texas firm that sells a $40 application called Registry Cleaner XP. Microsoft continues to hammer out lawsuits against copycat companies, as allowed by the 2005 Computer Spyware Act, but tracking down defendants is difficult.

Microsoft estimates that half of the computer crashes reported by callers to its customer support lines can be blamed on spyware messing up machines.

A recent report from North Carolina State University showed that most internet users are unable to tell the difference between genuine and fake pop-up messages.

Despite being told some of the messages were fake, people hit the OK button 63% of the time.

So What Is Scareware?

Scareware covers several different classes of software that are all designed to cause the unsuspecting user either shock, anxiety or even threats. Forms of spyware and adware are also used in scareware type tactics to produce a lot of frivolous alarm warnings or threat notices.

These are most typically sent from commercial firewall’s and registry cleaner software. This class of program tries to increase its perceived value by bombarding the user with constant warning messages that do not increase its effectiveness in any way.

Some websites display pop-up advertisement windows or banners with text such as: "Your computer may be infected with harmful spyware programs. Immediate removal may be required. To scan, click 'Yes' below." They are infact scareware and should be avoided at all times to prevent infection for your computer.

What Should You Do If You Encounter A Pop-Up Telling You About A Security Problem?

Contrary to conventional wisdom, don't click on any close window buttons you see in the window. There's a good possibility that clicking that red X will actually start the software download.

The way to reliably get rid of these pop-ups without risking clicking on them is to right-click on the appropriate item in the taskbar, then click Close. If that doesn't work, exit your web browser entirely through the File menu.

More information on how to remove spyware from your computer.

Have you been a victim of scareware?

Let us know by leaving a comment in the box below.