Home&nbsp;|&nbsp;Articles&nbsp;|&nbsp;Health & Wellbeing&nbsp;|&nbsp;'Small' increase in risk of Alzheimer's disease with HRT use, study suggests

'Small' increase in risk of Alzheimer's disease with HRT use, study suggests

"Millions of women who take HRT pills may face a greater risk of Alzheimer's," warns the Mail Online. NHS Choices' news analysis service looks at the science behind the claims. 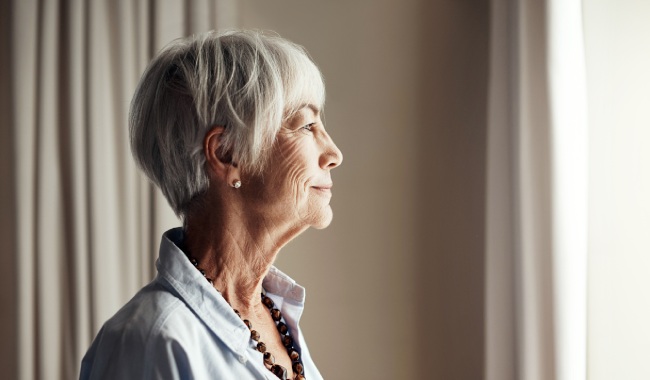 Researchers found that those with Alzheimer's were slightly more likely to have used HRT pills or patches than women without Alzheimer's.

There was little difference with use of vaginal HRT (oestrogen gel).

Researchers said that, if the raised risk of HRT was confirmed, it would mean an additional 9 to 18 cases of Alzheimer's disease out of every 10,000 women aged 70 to 80 each year.

Previous research looking for a link between Alzheimer's disease and HRT has had conflicting results. Some studies suggest HRT has a protective effect, while others do not, or suggest it might depend what age you are when you take it.

This is one of the largest studies looking for a link. But it does not prove that HRT directly increases risk of Alzheimer's disease. It’s not possible to take account of the other possible risk factors, such as family history and lifestyle.

It's also important to realise that even if there is a direct link, any increase in risk is very small. The benefits of HRT in combating menopausal symptoms may still outweigh this small risk.

Researchers who carried out the study came from the University of Helsinki, EPID Research Oy and the National Institute for Health and Welfare, all in Finland. The study was funded by Helsinki University Hospital and the Jane and Aatos Erkko Foundation.

It was published in the peer-reviewed British Medical Journal on an open-access basis, and is free to read online.

The report was handled with caution by most of the UK media, with reports carrying reassurances from doctors and other experts that the risk, if real, is low.

The Mail Online had the most alarming coverage, rounding up the numbers to suggest that "HRT was linked with up to a 20 per cent increase in Alzheimer's disease risk" – only true for specific groups of women in the study.

This was a case control study. This type of study looks at people with and people without a disease (in this case Alzheimer's disease) to compare the potential risk from an exposure (HRT in this case).

But it can't prove that a risk factor (HRT) causes the outcome (Alzheimer's disease) as these studies are observational, and other things may differ between the 2 compared groups of people.

Researchers identified 84,739 postmenopausal women in Finland who had been diagnosed with Alzheimer's disease between 1999 and 2013, using a national register.

They then identified 84,739 women without Alzheimer's disease, matched by age and district, to act as a control group.

Using a Finnish drug registry, they identified whether women had taken HRT, and if so:

Researchers then calculated whether women with Alzheimer's disease were more likely to have taken HRT than women in the control group.

Because of limits in the data available, researchers were not able to account for possible confounding factors such as:

They reported results separately for:

Researchers then looked to see whether any of these affected the results.

Use of vaginal oestrogen alone was little different (12.7% of women with Alzheimer's disease vs. 13.2% without).

For women who had started HRT before the age of 60, use of:

For women who had started HRT aged 60 or over:

Different types of progestogen made no difference to the overall risk of developing Alzheimer's disease.

The age at which women started taking HRT did not make a big difference to their overall risk of Alzheimer's disease.

The researchers said: "Hormone therapy users should be informed of a possible risk of the disease with prolonged use of Alzheimer's disease, even though the absolute risk elevations are small."

Headlines about an increase in risk of Alzheimer's for women taking HRT are alarming.

It's important to remember that this study does not show that HRT directly increases the risk of Alzheimer's disease. It shows a link between HRT use and a small increase in risk, which appears to be stronger for women who use HRT in the long term.

However, there are a couple of important things to note.

First, the study cannot prove that HRT is directly responsible for this small risk increase.

The study was unable to take account of other factors that could affect risk of Alzheimer's disease. These include family history, blood pressure and smoking.

Second, if there is a direct risk increase, it seems to be small. The absolute difference in terms of women with and without Alzheimer's who'd used HRT was small, and some of the risk associations only just reached statistical significance.

HRT is a helpful treatment for many women with troublesome menopausal symptoms. This study does not mean women should stop taking it. The benefits may still outweigh any risk of Alzheimer's.

Millions of women who take HRT pills may face a greater risk of Alzheimer's, warns study

Women who have HRT at higher risk of developing Alzheimer's, says new study

HRT: Women told not to be alarmed by Alzheimer's study

This content is republished courtesy of NHS Choices, for more stories like this visit Behind the Headlines.