"Can't sleep? Insomnia means you're at risk of heart attack and stroke," warns The Sun. 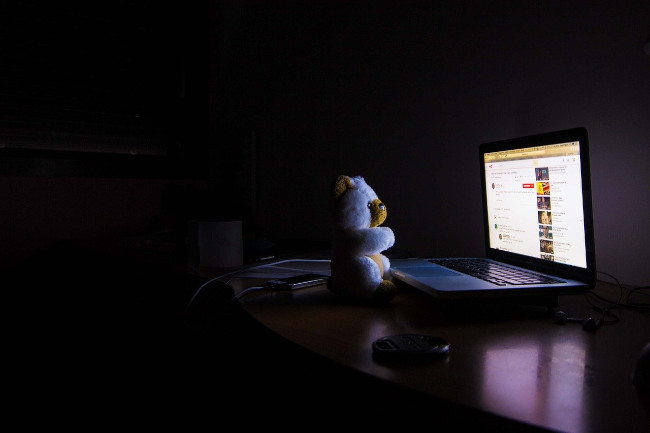 Insomnia is a common problem. Symptoms can include trouble getting to sleep, trouble staying asleep or waking too early, and this can make it hard to focus during the day. The condition is often linked to anxiety or stress.

A study of almost half a million people in China found that those who reported trouble getting to sleep, waking too early or not being able to function properly in the daytime had a small increased risk of having a heart attack or stroke over 10 years, compared to those without sleep problems.

This increase in risk among people with sleep problems ranged from around 10% for people reporting 1 problem (difficulty falling or staying asleep, early waking, or not being able to function during the day), to 18% for people with all 3 symptoms problems.

However, this does not mean the stroke or heart attack was directly caused by lack of sleep. Various health and lifestyle factors could be linked with both risk of sleeping problems and risk of cardiovascular disease. The researchers have tried to account for many such factors, but it is very difficult to fully remove all influences.

The headlines in The Sun and The Daily Telegraph overstate what is quite a small increase in risk linked with insomnia. The stories do not make it clear that these are people who reported specific insomnia symptoms for at least 3 days a week in the past month, not simply people who have the occasional sleepless night or trouble getting to sleep.

We also cannot be sure that these modest links are not purely a result of confounding from other factors.

Sociodemographic, cultural and ethnic differences also mean that the findings may not apply to the UK population.

Find out more about how much sleep you need and how to get a good night's sleep.

The researchers who carried out the study were from Peking University, the Chinese Academy of Medical Sciences, Jili Community Health Service, Qingdao Centre for Disease Control and Prevention and China Center for Food Safety Risk Assessment, all in China, and the University of Oxford in the UK.

The study was funded by the National Key Research and Development Program of China, the Chinese Ministry of Science and Technology and the National Natural Science Foundation of China. It was published in the peer-reviewed medical journal Neurology on an open access basis so is free to read online.

This was a cohort study, using the Chinese Kadoorie Biobank cohort of nearly half a million Chinese adults.

Cohort studies are good ways to investigate links between risk factors (such as insomnia symptoms) and outcomes such as cardiovascular disease. But they do not tell us whether the risk factors actually caused the outcomes.

Researchers looked at the health of people who had been recruited to the Chinese Kadoorie Biobank study in 2004 to 2008. At that time, 512,715 Chinese adults aged 30 to 79, from 10 regions of China were recruited and completed a survey about their health.

This study looks at their health up to 2016, using local records, national insurance databases and disease registries.

In this study, researchers excluded people who had already been diagnosed with stroke, heart disease or cancer at recruitment. They looked at data from the remaining 487,200 people.

People who said this happened on at least 3 days a week in the past month were listed as having that symptom.

They then looked to see if people with insomnia symptoms were more likely to have had a diagnosis of cardiovascular disease during the average 9.6 years follow-up.

The researchers adjusted their figures to take account of possible confounding factors, including:

Of the people in the study:

The study found a roughly 10% increased risk of cardiovascular disease for people reporting any of the 3 sleep problems compared to people without these symptoms:

Similar links were found for individual cardiovascular symptoms such as heart attack or stroke.

The researchers also found that the more insomnia symptoms people reported, the higher the risk of cardiovascular disease:

The researchers said: "Our study is the first large-scale cohort study that identified positive dose-response relationships [the more symptoms, the higher the risk] between the number of insomnia symptoms and risks of [cardiovascular disease]."

They said "early detection and intervention [to treat insomnia] targeted at individual insomnia symptoms may have the potential to reduce subsequent CVD risks, especially among young adults and adults who have not developed hypertension [high blood pressure]".

Headlines that say "You’re at risk of a heart attack or stroke" if you cannot get to sleep are likely to make dropping off that bit harder. But there is no need to worry if you have a few sleepless nights.

The results apply only to people with persistent symptoms of insomnia – but even then this study does not prove that insomnia directly increases your risk of cardiovascular disease.

Extensive health and lifestyle factors could be independently linked both with risk of insomnia and risk of disease. The researchers have tried to account for many, but it may be difficult to fully remove their influence. Then there may be others not measured in the study, for example shift working affects both sleep and the risk of some diseases.

The increase in risk is also fairly small, which further suggests that this result could have come about due to the influence of other factors such as high blood pressure, smoking and lack of exercise. These things have greater direct influence on your risk of heart attacks or strokes.

There are other limitations to the study. Sleep symptoms were measured only once, so we do not know how representative they are of lifetime patterns. People's symptoms may have gone away after they filled in the 2004 to 2008 survey.

The symptoms people were asked about were also fairly broad and subjective self-reported measures. For example people might have different views on what it means to be unable to function in the daytime. So we do not know how accurately people were grouped as having sleep problems or not.

Finally we do not know whether cultural, ethnic, sociodemographic, health and lifestyle differences in China mean that the results cannot be applied directly to the UK.

However, we know that persistent insomnia is bad for health and can make you feel tired, irritable and even depressed. If you're having problems with sleep, try our tips to get a good night's sleep. If they do not work for you and you need more help, talk to a GP.

Can't sleep? Insomnia means you're at risk of heart attack and stroke

Insomnia is linked to increased risk of stroke

Sleepless nights may increase the risk of heart attack or stroke by a fifth, study finds

Insomnia symptoms and risk of cardiovascular diseases among 0.5 million adults

Image by DanFa from Pixabay