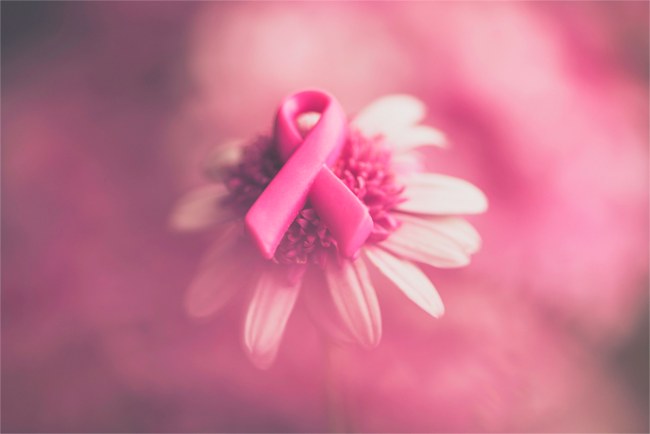 The news follows the publication of the trial of a test, routinely used in the NHS, for women with a type of early stage breast cancer, which works out the chances of breast cancer returning after treatment.

This was particularly the case for women aged over 50. For women aged under 50 those at the higher end of the mid-range may still need chemotherapy.

The US trial involved nearly 10,000 women with a common type of early stage breast cancer called hormone receptor positive breast cancer, which has not spread beyond the breast.

Although this study only applies to one specific type of breast cancer, it is a promising result that may help guide treatment for some groups of women with this disease.

The National Institute for Health and Care Excellence (NICE) guidelines on the use of this test are currently being reviewed, so new guidance will be available soon on this topic.

The study was carried out by researchers from a large number of organisations, including the Albert Einstein College of Medicine in New York, the Dana-Farber Cancer Institute in Boston, the Sunnybrook Research Institute in Toronto and McMaster University in Hamilton, as well as a range of other North and South American centres.

Media coverage of the story was mixed. While the UK papers generally covered the facts of the research well, some of the headlines gave a misleading impression that the findings applied to many more women with breast cancer than is the case. The BBC presented the idea that the results "would change practice in UK clinics on Monday", which is very unhelpful to women who are currently undergoing chemotherapy or about to start, and who may be uncertain about their need for treatment if reading the news. In reality, this study will need to be considered alongside other evidence, and although it may lead to a change in NHS practice for some women, others will still need chemotherapy to treat their breast cancer.

This was a randomised controlled trial (RCT) looking at treatment of a particular type of breast cancer:

Tumours can have a genetic profile that can help healthcare teams identify whether or not a particular tumour may respond to a specific treatment. A genetic profiling test that looks at 21 genetic variants has been used for some time now to identify whether or not chemotherapy is needed after curative surgery and alongside hormone therapy in these women. The results from the test are converted into a score that predicts the risk of the cancer returning.

An RCT is an appropriate way of looking at this. It was designed as a non-inferiority trial. This means it was aiming to see whether hormone therapy is just as good alone as it is when given in combination with chemotherapy for mid-range women, and gave no disadvantage.

The study was conducted between April 2006 and October 2010 and included 9,719 women between 18 and 75 years old with early stage breast cancer as defined above. Women who had experienced other cancers in the previous 5 years (excluding skin cancer and cervical cancer) were not able to join the study. None of the women in the trial had previously had chemotherapy or radiotherapy for this cancer.

All women underwent surgery to remove as much of their tumour as possible. Then, using results from the 21-gene test score they were split into 4 groups:

Hormone therapy was given for 5 years on average, and women were followed up for up to 9 years. The main outcome of interest was survival without disease recurrence.

For women in the mid-range score group, hormone therapy alone was just as good as hormone therapy in combination with chemotherapy. It made no difference to the likelihood of survival without the disease returning (hazard-ratio [HR] 1.08, 95% confidence-interval [CI] 0.94 to 1.24).

Nine years after treatment, around the same number of women in each treatment group were free from recurrence of their breast cancer (83.3% in the hormone only group, 84.3% in the combined group), and 94% of both groups had survived.

However, this effect did vary according to how old the women were. For women under 50, there was still some benefit to chemotherapy for those with test scores of 16 to 25.

The researchers found similar results with hormone therapy alone or in combination with chemotherapy for women with this type of breast cancer who have a mid-range score on the 21-gene test.

They noted that their new research was particularly relevant to women over 50 who scored 25 or lower, and women under 50 who scored 15 or lower. The researchers also discussed other ongoing research, including whether the 21-gene test could be used in other types of breast cancer, and discuss a new 50-gene test for breast cancer.

This study is an important step forward in helping to identify the types of treatment that are most beneficial to people according to the precise nature of their cancer.

For women with this specific type of early stage breast cancer, the gene test may help inform discussions between healthcare teams and women as to the best course of treatment. However, the findings of this study will need to be considered alongside other evidence. The specific clinical features of each person's disease, their medical history and other health factors will also need to be taken into account.

Contrary to some of the media stories, this study, though important, will not necessarily lead to instant changes in the treatment people are receiving in the UK. NICE is in the process of updating guidance on the use of this test, and will likely consider this study alongside other evidence in forming recommendations. Making sure that people around the country receive the same access to the best diagnostic and treatment approaches is another important consideration.

If you have recently been diagnosed or are currently undergoing treatment for breast cancer, your healthcare professionals will discuss with you the most appropriate treatment course for your individual cancer and circumstances.