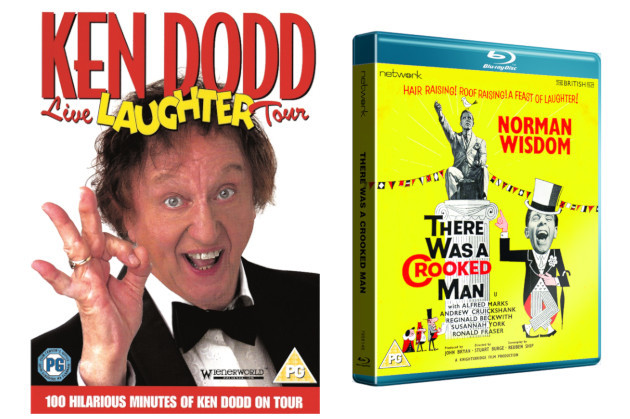 Ken Dodd – the King of Comedy – captured live on this superb, hilarious DVD

Filmed during his 1996’s 100,000 mile nationwide laughter tour of British theatres. It is a comedy tour de force featuring the classic and hilarious comedy routines which have made Ken Dodd Britain’s laughter maker supreme! This DVD comes with a Ken Dodd guarantee: It will leave you aching with laughter and full of plumtiousness!

Norman Wisdom – There Was a Crooked Man

Hailed as one of his finest films, he plays a naïve explosives expert who finds himself involved with a criminal gang after uncovering nefarious dealings by a prominent industrialist! There Was a Crooked Man was directed by BAFTA-nominated Stuart Burge from blacklisted screenwriter Reuben Ship.

For your chance to win this bundle; simply answer the question below: