The Brokenwood Mysteries Series 7 DVDs up for grabs 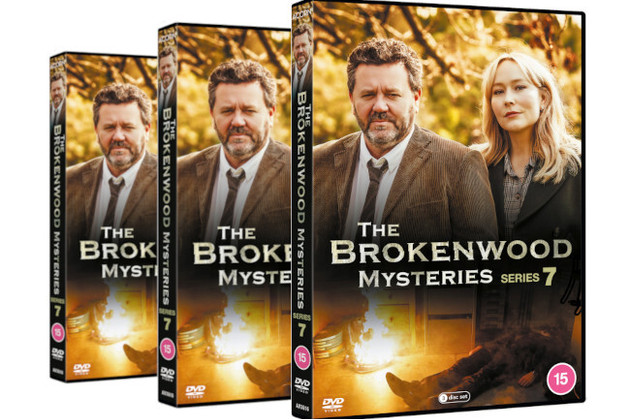 Time for a trip down under, back to the town of Brokenwood, New Zealand, where the population is small, and the murder rate is high, as The Brokenwood Mysteries returns for a seventh series and delivers another slew of gripping murder mysteries. Following its run on UKTV’s Drama Channel, Acorn Media International brings the much-loved show to DVD and digital as The Brokenwood Mysteries Series 7 and the full bumper box Series 1 – 7 Box set on 18 October 2021.

This delightful Kiwi mystery drama follows Detective Mike Shepherd (Neill Rea – Go Girls) who arrives in the seemingly sweet and sleepy town of Brokenwood. Arriving in a classic car, with a country music collection and an indeterminate number of ex-wives, Shepherd is joined by his by-the-book assistant, DC Kristin Sims (Fern Sutherland – The Almighty Johnsons). It’s not long before Shepherd discovers that Brokenwood is full of secrets and suspicions… From mysterious murders, to secret societies, alongside gruesome goings-on, killers lurk between the shadows in the seedy underbelly of this town.

Murder lies just around the corner in The Brokenwood Mysteries.

For your chance to own 1 of 3 copies of The Brokenwood Mysteries Series 7 DVD; simply answer the question below: