Winterbourne View – more of the same 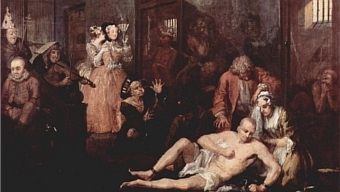 We shouldn't be so shocked

The only question that should be asked in the wake of BBC Panorama's expose on abuse at Winterbourne View is why we're so surprised in the first place.

Indeed, such shocking abuse really shouldn't be that shocking. The old “asylums” were grim places, and while we didn't quite get to the point of lobotomising people as freely as they did in the United States, the drugged up, depraved goings on wrought upon the vulnerable are common knowledge.

Naturally, nothing ever ends, so when the mental hospitals were finally closed down, secure units (of the kind shown last night) became the rule, alongside the myopic, penny pinching cop out known as Care In The Community. We remember the rare paranoid schizophrenic who murdered someone during an episode, but we seldom dwell on the vulnerable, scared schizophrenic left to sleep on a bench and occasionally get beaten up.

Or Fiona Pilkington and her daughter. Hounded to death by thugs, of the kind Polly Toynbee somehow confuses with the real working class, left unprotected by the police, and ignored by the local authorities. Or the older patients neglected by apathetic, aloof nursing staff. You may well detect a running theme here. The vulnerable are left at the mercy of sadists and the callous, out of sight, out of view, until the tragedy goes public and we all pretend we're somehow shocked.

The truth is that the British are a hard, cruel people. We don't appreciate weakness, in fact we despise it or simply dismiss it. Why else do politicians revel in denouncing disability benefit 'cheats' or local police do nothing to stop harassment and crime in our most run-down areas?

We only appreciate and respect strength. The weak are there to be mocked, abused and harassed, and, as last night demonstrated, left to shiver on the grass to 'teach them a lesson'.

There will be other Winterbourne Views and we will continue to be shocked if and when they come to light. But it will change nothing.

Here's another perspective on the affair:

http://archbishop-cranmer.blogspot.com/2011/06/winterbourne-view-torture-degradation.html
What is certainly true is that such attitudes are ingrained. It will require a cultural shift of some magnitude to resolve it.