Why Do We Even Care? 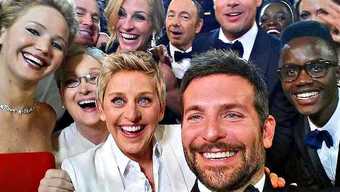 Visit any online news site today and right in the top news stories are articles about Hollywood celebrities and their foibles in life. Even the big news networks have incorporated a 'gossip' segment into their nightly news reports.

It seems the public cannot escape the litany of gossip and drama produced by celebrities. Britney Spears' break-up with K-Fed was at the top of news releases right along with Iraq and election results. It seems that we as a people cannot properly prioritize our interests anymore.

I understand that the lives of these people are interesting on many levels and for many different reasons. Some people like to laugh and gloat at them when they have troubles. Others like to lament and ache in proxy for them. Still, others secretly or publicly aspire to emulate them and use the celebrity news as a sort of life template. The latter, by the way, is the saddest reason to watch these reports, in my humble opinion. I have been known to pass along celebrity gossip and barbs from time to time as well, but I also take most things I see and hear regarding these people lightly. They are public figures and with fame and fortune one must bear the cross of public scrutiny, but does our hunger for detail in minutia about the lives of these people never cease? Who cares how much Jennifer Lopez pays to have her hair cut or why Scientology is the cult of choice in the culture of celebrity? I happen to know a couple of fairly famous celebs and can vouch for the fact that while they may have more money and material possessions than many, their lives are virtually fraught with the same sorts of difficulties as everyone else's. They are prisoners of the imperfect human condition and when their relationships fail or when they fall from grace the inner strife caused by these events cuts just as deep as when it happens to you and me.

It's not that I think this sort of news should not be available to those who wish to access it. I simply think it has no place in the headlines where articles reporting a loss of life in the war or economic conditions are located. These storylines do not deserve the same priority as hard journalism. Newspapers, and thankfully, many professionally written blog sites have their subject matter sectioned off into categories. This is a much more appropriate way of organizing the news of current events.

My questions are as follows: Are we as a people becoming shallower? Or do we simply care less about the real issues in life so that we equate Jessica Simpson's diet with war and rumors of war? Am I wrong in being concerned? Should I just 'lighten up' and ask the famous friends I do know for a scoop to write about so that I can see my piece right alongside a piece on Iran's nuclear aspirations? I love to laugh and have fun as much as the next gal and probably even more (much to the chagrin of those around me), but propriety is important so as to attenuate chaos in society. I think we are slinking toward inevitable chaos and degradation when we fail to recognize differences in importance inherent in certain storylines.