Who do the major parties really represent? 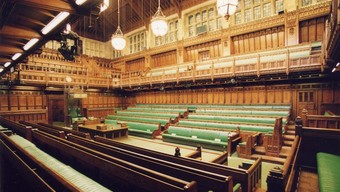 Posted on: 02 December 2014 by Gareth Hargreaves

George Osborne delivers his Autumn Statement today but what can we look forward to and can we trust what is said?

The past five years have flown by in a whir of misguided policies, broken promises, incoherent government and a shamefully limp and voiceless opposition, but today we are expected to forget it all, suspend credulity, for an afternoon at least, as once more George Osborne outlines just how much better it will be - after the election - if we allow him to keep the keys No11 Downing Street for another five years.

Last Friday was not a good news day for the Conservatives after Assistant Chief Constable at Devon and Cornwall Police, Paul Netherton, took the extraordinary step of using social media to highlight the chronic lack of resource facing mental health workers in the area. Netherton should be commended for having the courage to bring this issue into the public domain - had he not, a 16-year-old girl who was "obviously very unwell" would have been held in a police cell for more than four days rather than receiving the necessary care her condition demanded.

For Tory spin doctors all the week’s hard work demonising Facebook and social media as terror tools was undone as a result of the party's own austerity cuts. We awoke on Sunday morning to be greeted by George Osborne striding purposefully round hospital corridors - sleeves rolled up, no less - having found, by chance, an extra £2billion of funding for the NHS. While the UK was embroiled in recession, we accepted that there would be a necessary tightening of belts, but we have been out of recession for two years now, so it's ever so slightly insulting to read that such a wedge of funding can be found after a couple of days of bruising headlines.

Osborne is expected to have a pre-election surprise up his sleeve when he delivers his statement, there is speculation that he will commit to law the need for any government to significantly reduce the deficit by 2018, it is a bold move, which if true, gives shadow chancellor Ed Balls and Labour very little room for manoeuvre.

What else can we expect? A penny off fuel duty? An overhaul of stamp duty? This has been dubbed White Van Man’s statement and offers extremely short term gain while glossing over the long term implications of failing to invest or adequately plan for an ageing population and the increased care services that will be needed. George Osborne’s delivery versus promise record is pretty poor and with an election little more than six month’s away you can be sure he’ll have a couple of headline stealing but totally undeliverable gems to finesse the public with. 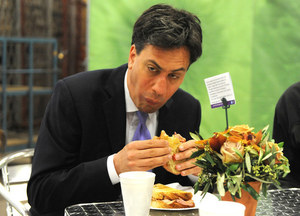 And what of the leader of the opposition, Ed Milliband's tenure as Labour leader is encapsulated by 'Bacon Buttygate' and his abject failure to offer anything but a cold shoulder to Emily Thornberry following her St George's flag tweet. We all understood the subtext of why she sent it and what she was really saying (it is something we have come to expect from our politicians a la Gordon Brown and that bigoted woman), but is it a sackable offence. As soon as that story made the news, her fate was sealed.

Miliband is an effective MP and policy wonk, but has no charisma and lacks political nouse. A poor display over the next few days, at a time when his critics within the Labour party are already circling, could see Ed in dire straits; leading a party that doesn’t want him in an election he stands little chance of winning. His ineffective tenure as leader of the opposition could result in Labour spending a decade out of government. When a senior politician and his team of advisors are unable to close out a debate on a key Labour policy, such as has happened with the mansion tax and Myleene Klass, and then fail to take control of the subsequent media hoo-ha it is clear there is little for the public to support. The Miliband camp seem unable to forge a clear vision for the future and equally unsure of the integrity and strength of its own policies.

If policy is constructed on the hoof in response to negative or positive news coverage there can be no opportunity for consistent government and even less chance for the people of the UK to believe in the party running the country. But let us see what happens in Parliament today before we abandon all hope!

Yeah, this is a question that has been on my mind for a long time, and I finally know the answer now. I work at the great minute, so this information is perfect for me. I hope that more content like this will be shared here soon.