What world do they live in? 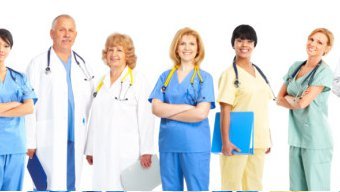 Pensions are back in the news again as doctors and nursing staff vote to strike over public sector pension cuts.

On the news today we hear that the doctors are going on strike in opposition to their pension rights being changed under the new government proposals for the state employed.

How many of you remember the swingeing pay increases doctors and nurses got under the Blair Brown government which massively increased the cost of the NHS to the taxpayer. Remember it is the tax payer that foots the bill for pensions out of current government income – there is no great pension fund belonging to the state – pensions are paid on a ‘pay-as-we-go’ basis. It will be your children and grandchildren that will have to pick up the bill.
We live in a world that seems to think we can keep anything we can grab and bugger the rest of them! Unions, and the BMA is a trade union not some great august learned body it makes out to be, are all pushing at the door of government to get the best deal for their members. Doctors ( including all the consultants that can earn as’ little’as £100,000 and as much as £500,000 a year) earn more than enough to make what additional pension provision as they see fit from their take home pay – they will still get tax relief on any pension savings.
The world we all used to live in where there were jobs for life and final salary based pensions have gone forever. So why is it that these ostrich like doctors think they should be treated any different than the rest of us?
Pensions are rapidly becoming a luxury a lot of people will simply not be able to afford and many will have to work until they drop or live off state hand outs in their retirement years. Who stands up for the small shop keepers or self employed workers like your local plumber and electrician? The answer is nobody – they have to fend for themselves or just keep on working. It sickens me to read and hear of the greed of the unions represent ting state employees. It rings of the bad old days of Scargill and Co in the 70s.  The sooner workers in the UK get used to the idea that the gravy train has stopped and there are no free rides now or in the future, the better off this country be!
Years ago I wrote an article predicting this sort of social unrest would start once any government got to grips with the real cost of providing final salary pensions for government workers. This government is the only one that has had the balls to tackle issue and they are now experiencing the backlash!
Anybody at the early stages of their working life is just going to have to make choices – the new car and fancy holidays or a pension – they won’t be able to have both. Older workers will face problems – the old regime of pensions is going to rapidly disappear and money purchase schemes will be the norm. To make any sort of pension provision through these schemes you will have to save a very large percentage of you income in your working life. Older workers are going to find this very tough if they are to make any adequate provision.
Anybody out there who thinks there is some magical fairy who will wave a wand and make it all  better had better think again. The ‘re-alignment’ starting now in pensions is going to be the norm for the next one hundred years – and it may get even worse. Look at Europe – they are just waking up and smelling the roses – and they don’t smell sweet!