What I did during the holidays 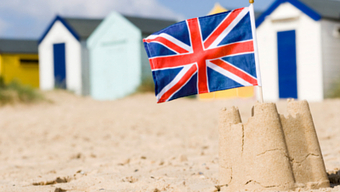 If 2011 will be remembered for anything, other than that time wolves were reintroduced into Croydon and turned Xmas into a bloodbath, it will be that time between April and May where we had non-stop bank holidays, long weekends and short working weeks. It was a skiver's paradise but left me with a question - what to do, now I couldn't write sarcastic editorials about George Osborne's forehead?

Well, the first thing I did was go to see Danny Boyle's rendition of Frankenstein at the National Theatre. There is a reason why people cue for hours the night before a performance just to get a ticket. It's the joint leads' double act, alternating between creator and created, which is rather electrifying to behold. The night I went, it was Benedict Cumberbatch's turn to be the Monster, with Jonny Lee Miller as Frankenstein, the former writhing with pain, rage and, eventually, a brilliant but damaged mind, while the latter is driven mad by grim science and an even grimmer lack of humanity and conscience.

It was a magnificent spectacle to behold, as long as full frontal nudity, rape, exploding steam powered trains, an enormous ringing bell and infanticide don't get in your way of a good time. True, the story seems unwieldy and focuses too much on the monster to begin with, and yet with the two leads up front and either trying to destroy each other or find succour of a sort, it doesn't really matter - it's too mesmerising a spectacle for you to care about where the plot has been crudely botched together.

That said, some of the supporting cast do deserve more attention. Karl Johnson excels as the exiled academic who tries and fails to rehabilitate the monster, played with equal measures of authority, decency, naivety and pain, and in the fashion of the opening band that ends up giving the headliners some serious competition. Naomie Harris, as Frankenstein's doomed bride-to-be, gets to dominate the stage for a brief moment when the script finally gives her some proper red meat to work with. And while Ella Smith is overshadowed as the comic relief and fallen woman roles she's lumbered with here, she shows moments of great comedic timing and presence and deserves better.

The following morning, a Royal Wedding took place. It became necessary to keep the television turned off, though the extreme sport of 'turning it on to see if there's anything else on' was great fun. Tweenage and teenage girls could be heard gushing over the fairy tale romance of it all. My response was to get drunk and consider joining the SDP.

Doctor Who wasn't much better. The show is now no longer about telling a story and more about showing how clever 'show leader' Stephen Moffat is and how his idea of a strong female character is either a smug, too-good-to-be-true wish dolly with a nasty tongue or a screaming damsel in need of rescue. Add some more of the frankly silly Silence and a clumsy, stuttering plot which spends so long promising to deliver that it, err, never delivers, and you're left with the feeling that Messrs Darvill and Smith are wasting their promising careers on this tosh.

Thor was much more fun. Some might wonder why Kenneth Branagh is making films about comic book Norse gods. The answer is that he plainly knows what he's doing, with the end result being funny, spectacular and nuanced (but not too nuanced), care of an excellent cast and a script that knows exactly when and when not to take its subject matter seriously. For once, a film with a $150 million budget is money well spent.

Finally, I woke up yesterday morning to hear Osama Bin Laden had finally been cornered and gunned down. Sadly, he was not in his secret volcano fortress, surrounded by catsuit clad ninjettes called Chastity Lustlace, nor was he stroking a fluffy white cat. He was instead hiding in a rather low key 'mansion' in a provincial Pakistani town, and got shot dead before he could deploy his laser cannon umbrella. Much like his son, I can only say I find him very disappointing indeed.