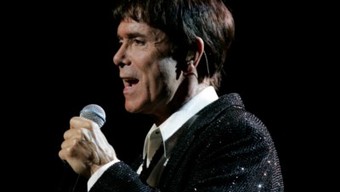 Posted on: 28 September 2016 by Gareth Hargreaves

Sir Cliff Richard has endured 13 months of suspicion and innuendo relating to alleged historical child sex offences in the media spotlight. Why?

With news that police have dropped an investigation into allegations of historical sex abuse against Sir Cliff Richard. Is it time for the media to be more conservative when reporting the names of people involved is sensitive cases?

In the aftermath of a number of high-profile sex abuse scandals, the appetite to publicly shame personalities suspected of being involved in sexual abuse was high. Such was the level of anger that many of us put aside reason, instead going along the normal standards and something more akin to a witch-hunt took place in which the South Yorkshire Police and the BBC were equally complicit.

The raid on Cliff Richard's house was in response to an allegation of sexual assault on a teenage boy at a Billy Graham Christian rally in 1985. Rather than making discreet enquiries:

The popular singer is understood to be preparing to sue the BBC for the corporation's decision to broadcast live the police search of his Berkshire home. Why and how South Yorks Police thought it was acceptable to brief a news crew of an ongoing investigation into historical sexual abuse is hard to fathom.

The veteran pop star will speak to MPs in the coming weeks and is seeking a change in the law that would give anonymity to anyone suspected of rape or sexual assault unless they face trial.

The 76-year-old who has sold 21.5 million singles - more than any other male British artist, told reporters,“I have always maintained my innocence, cooperated fully with the investigation, and cannot understand why it has taken so long to get to this point.”

“Nevertheless," he continued. "I am obviously thrilled that the vile accusations and the resulting investigation have finally been brought to a close.”

What do you think?

Should people accused of rape or sexual abuse have the right to anonymity until the case comes to trial?