Waiting for Godot (if Godot was a bus) 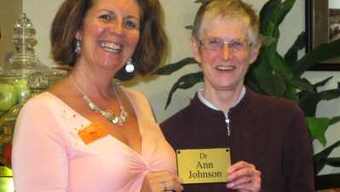 Buses that never come - winter fun at its best.

It was cold today. Actually, shockingly so. Cold Arctic winds seemed hell-bent on blasting me flat this morning, so I was more than a little perturbed to see I'd missed not just one but two buses.

"No problem!", I thought. "I'll just walk a short distance towards the main road to get an 81 bus!" Oh poor, naive, hapless fool...

I got colder. Whoever originally chose to settle these godforsaken isles should have been fed to a cave bear. There is a reason why we are all such miserable, vindictive, sardonic sods. If the Gulf Stream packs in, we'll either freeze to death or brutally murder each other. Now where was that bus?

Over the road, an 81 bus was going in the other direction, then 12 minutes later, another, and then another 12 minutes later, I saw ANOTHER 81 go past. But this was not a two-way transaction. The 81 was not coming my way.

Did I mention how cold it was?

The public transport system seemed to sense this and so decided to torture everyone at the stop (quite a number of people were waiting at this point) by sending waves of Heathrow-to-Marriot hotel buses towards us, only for them to turn the corner at the last minute, just to spite us. A bus from London to Windsor rumbled past, mainly to annoy us... Then finally, an 81!

Which was out of service. Never have I seen the spirits of wind-battered 14 year olds be utterly crushed by a single double decker. Lucky, lucky Tunisians, with their non-stop rioting and warm climate. Bet their buses run on time.

I looked at my watch. If I'd just waited at my old bus stop, I'd have got another bus by now. Actually, several.

AT LAST, another bus came along. It wasn't an 81. I didn't care. Safely ensconced within it, I pondered the lessons learned. Firstly, don't live in the Slough area as it hates commuters and wants to hurt them.

Secondly, we really do need a better approach to public transport as the only other option is cars, and they're either too polluting or expensive to run.

Thirdly, if you provide a public service, make it a good one, or sooner or later, you might find your customers going elsewhere.

"I'm going to make it!" I thought as we sped towards the train station. And then we hit a traffic jam... Such is the life of a commuter.