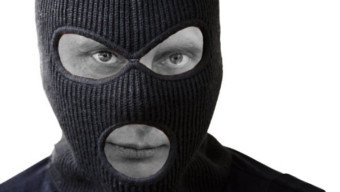 President Putin's agressive stance over Ukraine has left Barack Obama and the Western powers with little room for manoeuvre.

One thing you learn as the years pass by and you become officially ‘old’ is that World Leaders do stupid things! Looking back over my three score years and ten we’ve had: Hitler and his gang; Hirohito and his worshippers: Chairman Mao and Chiang Kai-shek; Nasser and Anthony Eden; Saddam Hussein and GW Bush – the list goes on. A common denominator of all of these was their belief that they were right and they would come out on top. Some did ... and some did not!

We now have the silly posturing of Barack Obama and Vladimir Putin. Obama has talked endlessly about freedom and democracy, while Putin has bullishly asserted, to selected media that will listen, that his only interest is protecting Russian people in Ukraine.

Both men have agendas and only they and their closest advisors will ever be privy to them. We mere mortals will just have to accept the consequences – whatever they may be and pay the price in money or lives.

What I fail to understand is why Obama and Cameron the great defenders of democracy actively supported a coup in Ukraine, where a democratically elected leader, Viktor Yanukovych, was ousted from power. The former president of Ukraine may well have been corrupt, but the democratic way to remove him was through the ballot box not by a rabble in the streets with sticks and rocks! Is this really the democracy Obama and Cameron believe so ardently in defending?

To my mind Putin has a far more credible position from which to lecture.

If Russians in Ukraine were, or felt they were, under threat who can say Putin was wrong. Look what we did in the Falklands to defend our citizens, few of whom had ever been to Britain!

Obama and Cameron have painted themselves into a corner – and all their huffing and puffing has been shown to be bluster. Putin has effectively stuck up two fingers to both of them and said: ‘Come on, bring it on!’

What are they going to do in response? Put US and UK troops on the streets in Kiev? One hopes the checks and balances within the UN, NATO and EU can put the brakes on any further escalation. But you never know, we might just end up fighting for ‘democracy’ in the streets of Kiev against Russian soldiers. God help us all if we do especially when we are the ones clearly in the wrong!