Top Historical Tribal Tattoos from All Around the World 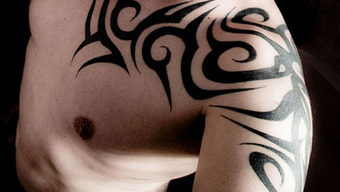 Tattoos have got a long tradition – not just in certain cultures but all around the world, on the basis of the hypothesis fact that tattoos did not originate from one particular place but developed in different settings.

The reasons for the application might be purely personal, and it could be a desire to beautify the body or any other. Tattoos can also indicate the membership of a particular tribe, certain events in one’s life and then again it just does not mean anything.

In this post, the readers will get to know about the most intriguing as well as beautiful styles of tattoos from different cultures all around the world. It could be the inspiration for your next tattoo venture.

Hieroglyphs were used as one of the primary forms of communication in Ancient Egypt. They are made of pictographs and symbols for sending messages as well as for recording the history of their time.

The symbols depict different meanings and try to explain concepts of rebirth, protection, worship, unification of male and female, creation and lot more. People who are fond of Egyptian culture can consider getting the styles of pharaohs and other history surrounding the era on the body.

Sak Yant, one of the most conventional forms of Thai tattoos are famous for two distinct reasons. The first one is the amalgamation of the letters and symbols along with the scripts that make up the design and the second one is the way the experts have administered the style.

The process started when Buddhist monks got their tattooed scripture for protection and included 4 vital elements – earth, water, fire and air. According to beliefs in Thai culture, the markings seem magical. Professionals use bamboo rods where the needles are fixed, and the artists tap the ink using their hands into the skin.

Mandala is a Sanskrit word that means circle and has its origin from Buddhist culture. The overall appearance of this tattoo style seems to be flowing lines and shapes that radiate out of the circular designs representing completion, eternity and the whole universe.

They also suggest a sense of harmony and the most interesting part is that all the outer points of the design remain at equal distinct to its centre. Mandala style of tattoos have different form and artists working at the best tattoo places in Brisbane, or other location can make each one of them special.

Aztecs were a group of interesting people, so it does comes with no surprise that the form of tattoo would also be equally interesting as well as distinct. This particular form of tattooing has great influence from the religious, political as well as historical heritage of Mexico.

The beginning of 12th century witnessed the inception of the art form. This tribal tattoo art is indeed unique in its way and would be an incredible choice for any given tattoo fanatic from all across the world.

Apart from the ones discussed above, many other cultures exist in the world that showcases some great form of art to the world. Make sure to reach out to a professional artist and studio to get the design on the body. Going for DIYs steps or hiring some local artist would be drastic for sure.

Good to read this post about the Top Historical Tribal Tattoos from All Around the World and you made the best ideas to share with the people who want to know about this history. I read from the australian essay writing service that we need to use the best service with the best results.