The West and the Syria conflict 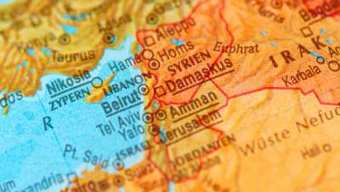 Posted on: 03 September 2013 by Gareth Hargreaves

2million displaced people and more than 110,000 dead in Syrian conflict since fighting began in March 2011

The civil war in Syria has been called the worst human tragedy of our time. It has led to the migration of more than 2million Syrians to neighbouring states and refugee centres. However, it is a conflict in which no one seems enthusiastic to intervene or present a workable solution.

It has provided Western leaders such as Barack Obama and David Cameron an opportunity to engage in a bit of media tub thumping warning Bashar Al Assad of the dire consequences that would follow any use of chemical weapons. While Russia president Vladimir Putin has countered with robust support of the Damascus government: “Our stance on Assad will never change. We believe that the Syrian regime is the best speaker on behalf of the Syrian people, and not those liver eaters,” referring to footage of jihadist fighter eating the innards of a dead Syrian soldier.

Syria is a sideshow in a bigger game of Middle East power politics - natural gas and oil are the resources that all parties are interested in and each wants a figure in power with whom they believe they can do business.

Syria has had a long, fractious relationship with Washington and the West, former president Hafez al-Assad cultivated this enmity with support for the PLO and a willingness to deal with the Soviet Union - offering the USSR a foothold in the region.

The Russians are keen to keep Assad's heir, Bashar, in power; from their perspective he offers stability in an increasingly volatile region. The Arab Spring, far from providing a voice and equality to the people of the middle east, has been hijacked by warlords or has descended into sectarianism.

Of all the Arab Spring countries only Tunisia seems to have made any real progress in the transition to democratic government. The rich Gulf States, ruled by autocratic and anachronistic regimes, robustly extinguished any challenge to their authority, and in Bahrain, where protesters for democratic change did have popular support, the Al Khalifa monarchy called on military support from neighbouring Saudi Arabia - all under the noses of their Western allies.

It is easy to see why the people of the Middle East are frustrated at the Western powers and their continued support of autocratic regimes - so long as they cooperate with regional security aims. 110,000 are dead in Syria and many thousands more wounded and maimed as a result of the civil war and the use of conventional weapons, yet the ire of Washington, London and Paris appears to focus solely on the fact that chemical weapons have been used against civilians. Gas is a headline grabber but bullets and bombs don't discriminate between combatant and civilian either - they kill just as effectively.

The use of the nerve agent Sarin in Homs however,  has broken the borders and stability of the war and has shown an exportable threat to other pro-Western states and to Israel. While David Cameron is struggling to garner support from Parliament for military intervention, Barack Obama is looking increasingly hawkish and has already briefed military commanders on the scale and scope of what he wants to achieve.

Whether the United Nations is willing to sanction such action is unlikely. More pertinently will any military intervention have a fully thought out recovery plan - something that has been shown to be of secondary importance to planners in Iraq and Afghanistan?