The ugly truth behind stillbirth in the UK 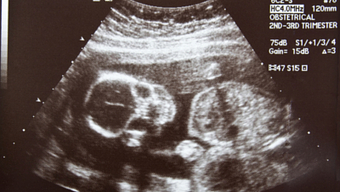 High levels of stillbirth are blamed on the wrong factors

The scandalously high rate of stillbirth in this country is shocking by any standard. Every year 4,100 stillbirths are recorded, a grim average of 11 a day. Naturally, the moral entrepreneurs are claiming vindication for their views - nothing like dead children to make your point emotive - with unhealthy lifestyles and obesity being among the usual suspects, and all sorts of tut-tutting and finger-wagging about to ensue. Why can't those beastly proles be more like us?

As usual, this rather cynical use of so many personal tragedies is total bunk. Stillbirths are still very low in comparison to other parts of the world. The real issue is relative poverty. For example, you're much less likely to have a stillbirth if you deliver in a hospital, and making full use of the NHS remains more a middle class and affluent pursuit, with poorer parts of the country less likely to do so. Lower income areas such as parts of the East Midlands have higher stillbirth rates than the more affluent and upwardly mobile South West by a margin of 33%.

Also, the third world has by far the worst stillbirth problem, dwarfing the UK by some degree - Pakistan has more than 25 stillbirths per thousand compared to the UK's 3.5 per thousand. If our rate is a scandal, Pakistan's is a tragedy. Not coincidentally, it still has a large and poor, uneducated rural population with little access to facilities and one of the highest wealth gaps in the world.

So how is it that the UK is the third worst country in the developed world for stillbirths? Well, perhaps it's got a lot to do with our wealth gap being the largest it's been in 40 years. In Europe, the difference between our rich and poor is the 8th worst overall. Poverty and stillbirth go hand in hand, and challenging this means challenging aspects of British society that would much rather blame someone else. Still, we must have our scapegoats.

Yes we just love it. Perhaps  we could just get a whole load of unemployed people to lay on the  ground in convenient places so that the middle classes could relive their anger with the poor by giving them a kick now and then as they walk past.