The problem with being right 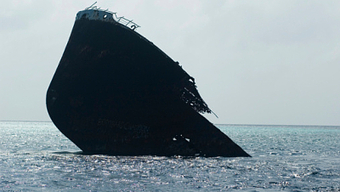 Six months ago I predicted that Prince William and Kate Middleton would announce their engagement.

At the same time I suggested that the economic recovery would start to falter and stall. I also said that there would be another run on the global banking system as the governments of the EU tried to balance their books and the bankers started to ‘clean out’ their more doubtful commercial property loans...

Well, it all came to pass. I had hoped that the wedding announcement would herald an upswing in consumer confidence and start the economy rolling again. This was to be followed in 2012 with the Olympics, and by then we’d be in the money again. Well, I’m sorry to tell you this just won’t be happening.

The systemic weaknesses of the Western economies and, particularly, the banking system is going to put paid to any quick recovery. Whatever recovery there is will be very, very slow - if it happens!

Doubtless, William and Kate will get married at a huge wedding and the nation will be glued to the TV watching it. Cue lots of 'Ooohs' and 'Ahhhs'. The euphoria will last for 24 hours, but then cold reality will kick back in.

Let us assume this all takes place in the Spring, in-between all the elections and referenda. There might be a chance that Ireland will have sorted out its EU support package for its banking system and Greece will be more or less surviving under another barrage of cuts and belt tightening.

But of course, that won't happen.

All this means that our recovery might be stalled completely. Imagine the havoc if our banking system has another crisis as they go through their audit processes in early 2011 and the accountants start writing down their loans on commercial property. This  time no amount of belt tightening will save us.

So enjoy Christmas and look forward to the Royal Wedding. They will no doubt enjoy it, come what may, and so should we. There won’t be much else in 2011 that will cheer us up, after all. Things are going to get a lot worse before they look up again and no amount of Olympic glory will make 2012 any better.

And remember this: Cash, as ever, will be King.