The miseducation of Paul Ryan 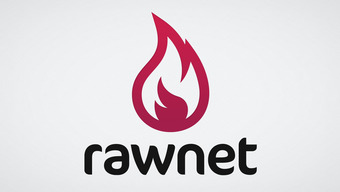 The GOP's riposte to Obama's State of the Union address revealed a great deal.

Obama's State of the Union speech was well received, all things considered. It's a shame he needed to be hounded by Republicans to get his act together, but the next two years suddenly look hopeful.

It was also deftly clever - by preaching unity and the good of the nation, he may have put his right wing adversaries foes into a bit of a bind, a classic example of Clinton-era triangulation. Now he has to deliver.

But enough of that. Last night was also the turn of the new Chairman of the House Budget Committee, one Paul Ryan, to take to the stand and issue a reply. Naturally, as a Republican, he wasn't very keen on Obama's proposals, sticking closely to the script of small government 'as the founders would have wanted', low tax, cutting taxes and vague, menacing claims about amorphous threats around the corner.

Can you criticise him for this, though? He's just going along with the current 'in' crowd, who won the last mid-terms by pandering to the fear and loathing at the heart of the American psyche. He'd lose his job otherwise.

So let's berate him instead for talking rubbish about things he doesn't know anything about, like the UK:

Just take a look at what's happening to Greece, Ireland, the United Kingdom and other nations in Europe. They didn't act soon enough; and now their governments have been forced to impose painful austerity measures: large benefit cuts to seniors and huge tax increases on everybody.

In other words, our big government ways have brought us to our knees and woe betide America if it follows our path. A simple narrative that plays well in the gallery. But it's also wrong.

What did for us, plus the Irish and the Greeks, was an over-reliance on precisely the same approach to economics that the Republicans advocate now: Under-regulated, debt-driven, stock market-obsessed, spend-today-forget-later, dependent on fickle investors and decidedly laissez-faire.

Plus, the real problem facing the UK is not that it has huge debts, but that its cuts are far too harsh, rapid and ideology-driven. Again, very Republican. Ryan's own views on the matter of the state and its obligations to its citizens was revealed quite bluntly:

This is a future in which we will transform our social safety net into a hammock, which lulls able-bodied people into lives of complacency and dependency.

Good to see he has such a high opinion of his fellow Americans who are only one lay-off away from unemployable malingerers. Rather than say this, however, he dresses it up in a vague narrative of vast unAmerican bureaucracies sucking the life out of a great nation, rather than a country with obscene disparities in wealth, opportunity and healthcare provision.

Still, you can't disagree with his closing words:

And it now falls to this generation to pass on to our children a nation that is stronger, more vibrant, more decent, and better than the one we inherited.

The only question is whether this is possible with politicians like Paul Ryan?