The Green Lantern vs. the Nagging Shrew 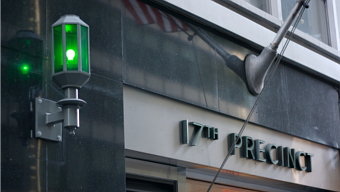 Life is short and precious, and so, with a heavy heart, I must admit to squandering two good hours of it at the weekend watching Green Lantern.

To sum it up in one paragraph, it was trying to do too much at once, all the interesting ideas and characters (hint: none of the latter were the male lead) weren't on-screen long enough, the CGI looked fake, the plot was poorly paced and badly strung together, the dialogue was appalling and the clichés so thick on the ground, it was like an extended exercise in cringing deja vu. Oh, and it had four writers, which is always a bad sign for a film.

In one way, however, it was successful, in that, through its female lead character, it helped perpetuate a particular stereotype that's become almost universal - the Nagging Shrew.

You will have encountered her in many films and TV shows lately. She's put forward as the womanly voice of reason (itself a rather patronising notion) but what she really does is slag off the hero, harass him, point out all his perceived flaws, rub it in whenever possible and generally be an old scold. Sometimes she may even physically assault the hero, because, after all, it's funny when it's the other way around, right girls?

The most famous example of this is the Rachel Dawes character in the first two Christopher Nolan Batman films. Her main job is to make the hero feel bad about himself via tortuously perverse logic, being in a permanently exasperated and intolerant mood (the archetypical hormonal woman) and generally never, ever doing anything but griping (and be an assistant district attorney). She's there to be disliked. If you didn't inwardly cheer when the Joker finally blew her up, you're probably lying.

And there's the problem. While we are at least officially supposed to see the Nagging Shrew as 'the voice of reason', her outlook and behaviour is far too extreme to be really respected. She's a harridan, and the implication is that any strong woman with an opinion belongs to this monstrous regiment. Often, she is set up for a fall.

In many ways, the Nagging Shrew is a subtle misogynistic device, a way of making the post feminist woman look, on a subliminal level, like a harpie trout in need of a bridle or a good ducking. We all pretend she's, and I quote, 'strong, confident, sassy...', but really, she's the stand-up’s mother-in-law or the matronly battle axe, both Margaret Thatcher and Hilary Clinton, but minus a few decades and usually paying lip-service to 'empowerment'.

Need I mention that the Nagging Shrew mainly appears in scripts written by men? She's really there to be patronised, but all the while, the blokes in the script room and the cinema are exchanging glances and sly nods. 'Yeah, she thinks she's as good as us, but really... See how they behave when we let them act up?'

Perhaps fittingly, the Love Interest/Nagging Shrew in Green Lantern is based on a character in the comics who goes on to become a fully fledged super-villainess, a latter day wicked witch in tight spandex. Though given the alternative for most female comic book characters - a one-way trip to the fridge - she probably got off quite lightly.