The FIFA & the fury 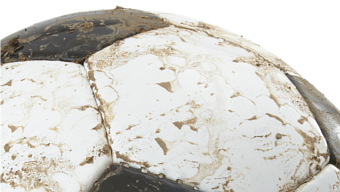 The worst thing that can happen to a brand is when it becomes shorthand for something sordid or shoddy. The Curse of MFI, as perhaps it should be known, is a fate that nearly befell Microsoft and Coca Cola in their time, though arguably every big brand faces the cold, clammy grip of Ratner's when it becomes Too Big To Like. (Ask Apple and IKEA.)

What has befallen football governing body FIFA is, however, of a far greater magnitude. Far from being just an increasingly derided brand, it has become an increasingly reviled and utterly compromised one. And like all collapsing brands - Woolworths, Rumbelows and Colonel Gadaffi - the death spiral simply gathers pace the more time goes by.

After all, as the BBC reports, you know you're in trouble when two of your key sponsors - Coca Cola and Adidas - are beginning to publicly express concerns that FIFA is making them look bad by association.

Nor does The Telegraph bring any joy for all President Sepp Blatter's attempts to downplay the damning evidence.

After all, there are those somewhat incriminating pictures in The Guardian of what appears to be a bung still in its paper bag...

...And all sorts of questions being raised by The Daily Mail, amongst others, about whether that successful 2022 Qatar bid was entirely legit

That won't stop Mr. Blatter refusing to accept the inevitable, as The Independent's James Lawton observes, and in the most blase way possible.

But to quote one Frank Zappa, 'the torture never stops', as Sky Sports reports of a frankly bizarre set of demands allegedly made by a Paraguayan FIFA member in exchange for his support of the UK bid, which included a knighthood and the FA Cup being named after him...

And as The Economist concludes, FIFA is in many ways a government in its own right, but a corrupt and frankly unsalvagable one. There is something of Comical Ali in Blatter's attempts to dismiss the growing evidence of wrongdoing, but you can't help but be reminded of Enron either, a brand that once meant something quite different from what it ultimately came to represent.

But again now everybody has voted and they all keep their mouths shut. More good little Germans. This is such a good example of the current paradigm. Maybe they are not they are not hyper functional Dr Evils, Maybe they are just greedy, dishonest pigs who now know they can do exactly what they want in this world because nobody is going to stop them.