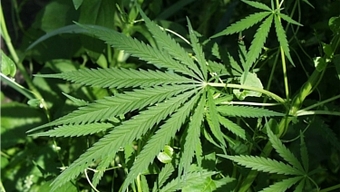 Marijuana stinks in more ways than one.

As stenches go, marijuana is up there with the worst, like a combination of really cheap incense and rotting flesh on a hot summer's day. It clings to the air around it, often rising up and through any building the smoker is in, until the whole place reeks of it. Usually, the stoner will become aggressive if asked why he does this to everyone else, or just ignore any complaints and carry on smoking his lotus. The point is, marijuana is not a pleasant substance.

Now, at this point, it's easy to wheel out the claims that it contributes to mental illness. That's neither here nor there - people with psychological problems are often drawn towards intoxication. By definition, needing to get smashed out of your head suggests some issues that were there long before Mr Dealer turned up. Nor does it lead onto other drugs, unless you are by definition the sort of person who was probably going to use them anyway. After all, The 14 year old lout in the park drinking White Lightening is hardly going to graduate to Château Cabernet 1972 - he'll carry on with what he already knows. Drugs are a voluntary pastime and each user's response to it depends as much on their own preferences as the poison they choose.

Still, it's hard to separate the drug from the user in marijuana's case. The committed smoker can be arrogant, swaggering and thuggish, often casually smoking it in public as he knows the police won't bust him (what are the police for these days?) and no one will dare tell him to stop. The recreational druggie (a misleading term as it's not as if anyone takes drugs because they make you feel awful) may bleat that not all smokers are like this - perhaps, but there's enough of them who do act badly to suggest a trend towards moron behaviour.

And what does anyone get out of marijuana, really? Few great works of art or inventions can be attributed to the creative spark of volatile, stagnant and apathetic users. No dope smoker is ever going to change the world - their own addled brains are the beginning and the end for them. Booze, caffeine, heroin, cocaine, speed and LSD might not be good for you, but it can be argued that their use inspired great art and creativity.  Marijuana meanwhile is simply a cul de sac of the mind, where you go to eat Mars bars, laugh hysterically at In The Night Garden and watch day merge into night into day.

This isn't a retraction of my arguments that drugs should be decriminalised, regulated and taxed, or that people should be left alone if they're not hurting anyone. But marijuana as it presently stands - a Class B drug attached to a soul-crushing, drowsy subculture of losers - deserves neither respect nor admiration. Taking drugs is one thing, being taken by them is quite another.