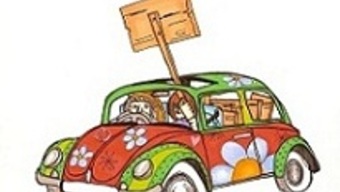 Like many women I sometimes want a light and relaxing novel to read, yet it is so hard to find something for my 'older' age group. So I wrote the book I would like to read. It is called The Crone Club and is about a group of reunited schoolfriends. These women are now in their 60s but that is not going to stop them having fun and not one of them has any intention of "acting her age."

Chick Lit books make wonderful Christmas presents.  Everything they offer is just right for the festive season: light reading, maybe a good laugh, the warmth of female friendship and even someone to admire, a protagonist, who improves her lot against all the odds – on her own, without a man riding to her rescue.  But Chick Lit, by its very nature, is simply not going to satisfy everyone.

As a woman of 60+ I often find myself attracted by the bright, cheerful covers of Chick Lit books.  But invariably I pick up a book, read the blurb on the back and browse through the first few pages and then put it down again disappointed. I hasten to add there is nothing at all wrong with them, but they are simply too young for me. I just cannot immediately identify with the young characters and the problems they face.  I remember buying the t-shirt on their experiences and indeed, wearing it out, metaphorically speaking.

But us older women women have a surprising lot in common with the typical chick lit reader.  Just like our younger sisters ‘we older women’ are facing a whole new stage of life and we want aspirational role models, women of our own age, who are facing the similar problems and concerns, but are quite capable of defeating their own dragons, with perhaps a little help from their friends. The ‘more mature’ version of Chick Lit is called Hen Lit and it satisfies the demand of the older woman for something just as fun and frothy, but especially written for us to enjoy.

Reviewers also confirm that, although The Crone Club is decidedly ‘Hen Lit,’ it can be also enjoyed by younger women. The paperback version is available on amazon and would make a wonderful gift, but if you want to sample before buying we have made the Kindle version FREE on the 15th December.