The bomb scare you didn't hear of 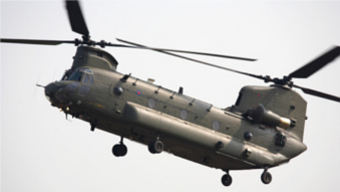 A large area of central London is sealed off as a suspect device is spotted. Does the media report it? Apparently not, as they zoom in on Ed Miliband's eyebrows instead. Elsewhere, hulking army helicopters circle the streets in an ominous fashion, and Twitter finally proves useful

A suspected bomb sparked a lock down in the heart of the capital city, this afternoon (Wednesday).

Emergency services were called after a package was found near the junction of Tottenham Court Road and Oxford Street.

Tottenham Court Road was closed to traffic and pedestrians from 3.30pm, while an inspection was carried out.

The cordon was lifted about an hour later when it was found to be a false alarm, said a Metropolitan Police spokesman.

I only found out via Twitter, care of a tweet from the actor Russell Tovey who - if memory serves, isn't well known for his news coverage. The news media was far too busy fixating on Ed Miliband's channelling of Neil Kinnock and Iain Duncan Smith. Yes, it was a false alarm, but when you've got police cars screaming past your office, and parts of London's theatre/shopping district closed off, it would be nice to be told why.

One argument against this would be that it doesn't help to report things that panic the public. Seeing that every terrorist attack that does succeed gets reported non-stop, this argument rings hollow. A more reasonable argument would be that reporting every false alarm just furthers the atmosphere of paranoia that has poisoned public life (and civil liberties) for over 10 years now, in the wake of 9/11.

But a healthy society has well-informed citizens, even if the bomb scares that get reported turn out to be false alarms. We should be trusted not to panic, and if the UK is good at anything, it's staggering on despite life's many disasters and pratfalls. And in an age of lurking Islamist terrorism, and the threat posed by resurgent dissident republicans, the public does have a clear right to know.

In any case, for all the scare factor of crazed religious zealots trying to blow us up, the IRA experience (and indeed the Blitz) demonstrated that the UK doesn't get that fazed at having high explosive thrown at it. The panic over Islamist terrorism is more to do with the establishment's own perceived loss of control. With the IRA, Whitehall knew what it was getting, apparently, but the man and woman on the street carries on regardless, despite the official panic.

It didn't help that at least one army Chinook helicopter had spent the whole day buzzing over the streets nearby for whatever reason. There's something deeply sinister about these bloated twin rotor choppers, the loud cutting of the air they make and the heavy guttural interference one gets on the radio as the crew's own heavy duty radios interfere with the signal. These harbingers move lazily through the air, as if circling for prey. Regardless of events elsewhere, it was a peculiarly ominous sound and sight.