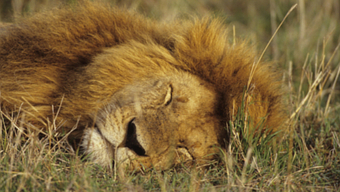 It's been a telling few days for Sub-Saharan Africa. Ex-Ivory Coast President Laurent Gbagbo sits in his bunker, refusing to surrender as the man who won last year's election, Alassane Ouattara, is forced to use military means to finally get rid of him.

And late last night, BBC1 showed 'The World's Worst Place To Be Gay??', a documentary about many Africans' rather barbaric attitudes to homosexuality, helped to no small degree by hate-addled US evangelists.

In Uganda, for example, you're lucky if you just get denounced in a newspaper and have rocks thrown at your house. If you're unlucky, you'll get raped, infected with HIV and made pregnant, because some animal thinks this will 'cure' you.

In other words, no change there. Africa's problems are threefold - firstly, a climate and ecology that kills beasts of burden off, forcing a lot of human capital to remain firmly stuck in subsistence agriculture and so crippling development.

Secondly, a post-colonial quagmire that has mutated into a 'blame it on Imperialism' strain of buck passing, helped along no end by huge amounts of White Guilt in the West that prevents serious discussion on the matter.

And finally, an obsession, despite all evidence to the contrary, in the 'Big Man' theory of politics, where someone is elevated to the level of a despot, believes their own nonsense and then wrecks the country, before getting kicked out and replaced by another lout with delusions of grandeur.

All of which is a tragedy, as Africa is full of resourceful, talented, dauntless and indomitable people who could, if the winds of fate broke the habit of a lifetime and blew in their direction, become world beaters.

Instead, a combination of colonialism's lingering hangover, bungling by foreign governments and aid agencies, and far too many useful idiots supporting the likes of Mugabe and Gbagbo himself, have kept this continent in a dysfunctional state.

How else to explain how South African politicians could seriously claim, with straight faces, that beetroot is an effective treatment for AIDs? And how else to explain why they weren't immediately run out of town on a rail?

Or how else to explain how waging non-stop wars, leading to famine, mass rape and suffering on a vast scale continue to happen? It's as if King Leopold never died. Ryszard Kapuściński's reports from the field in the turbulent 1970s may as well have been written yesterday.

Sadly, cultural factors are also to blame. There is a stubborn belief in hearsay, bigotry and deference at play - no wonder American evangelists are drawn to the place - and a sort of petty, destructive factionalism that has lead to such atrocities as the Rwandan genocide, the never-ending tragedy of the Congo and profoundly stupid acts like the expulsion of Uganda and the devastation of Zimbabwe's agricultural sector. Power corrupts, but stupidity corrupts absolutely.

A cynic might also wonder if it's in the West's interests (and increasingly, China's) to keep Africa down. After all, cute African children dependent on aid are less scary than successful, well-educated Africans competing for the same goodies Europe, North America and the Far East feel rather entitled to. Patting them on the head and engaging in a latter day's 'White Man's Burden' is every bit as racist as lording it over them and stealing their resources was a century ago.

Spending billions on aid and propping up dictators or warlords helps us feel we're 'doing' something, while maintaining the status quo. We may feel a warm glow for intervening in Sierra Leone over a decade ago, but its GDP is still barely $900. Africans deserve better from their leaders and their so-called friends.

To conclude, colonialism, at least in the British context, left an ambivalent legacy - though the UK's actions in Kenya were as despicable as anything the Germans or Belgians could muster. One of the 20th century's greatest novels, Chinua Achebe's "Things Fall Apart", captures the colonial experience and its many shades of grey brilliantly. One can certainly say the same of the post-colonial era too, which implies less a progression from the past and more a stasis. South Africa's peaceful transition after Apartheid meanwhile remains in the balance.

Sometimes, then, it would be nice to hope that things go Africa's way for a change, but as Gbagbo refuses to leave his bolt-hole, you have to wonder if that turning point is still far, far away.