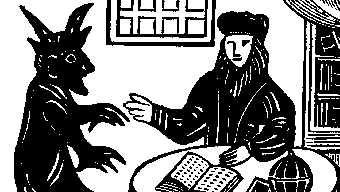 Murdoch gets BSkyB - but at what cost? The media reports

As the proverbial kipper is stitched up and Rupert Murdoch is one step closer to getting his grubby mitts on the whole of BSkyB, what does the rest of the media say?

The Guardian discusses the terms of the deal - in exchange for the way being opened towards a full takeover, Murdoch's News Corporation has to spin off Sky News into a more or less independent company, guaranteeing it editorial independence and a commitment to pay for its services. (In theory.)

Robert Peston at the BBC peers closer, and comments that the agreement was not what News Corporation may have had in mind, but at least now Ofcom won't be involved in the takeover, asking unfortunate questions.

The Telegraph dwells on the latest market data - in the wake of this morning's announcement, the share value of BSkyB is now over 800 pence a share, more than enough to persuade shareholders to back the takeover.

Over at The Independent, an apparently minor fact is reported - Culture Secretary Jeremy Hunt, who green-lighted the deal, is still officially consulting on the decision until the 21st of March...

For those who need a quick primer on what's been going on with the issue during some 10 months of intrigue and horse-trading, Bloomberg provides a handy time-line.

Over the water, the New York Times says the deal comes at a time when Murdoch already owns a large chunk of the media landscape.

And finally, the usually pro-Conservative Guido Fawkes blog strikes a note of caution - the deal might have been agreed, but the negotiations have yet to begin, and ex-Times editor Andrew Neill warns his former boss will still try to retain as much control as possible.