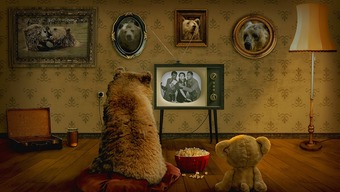 On September 11th, 2001 we all remember the terrifying images of commercial aircraft slamming into the World Trade Center.

Likewise, for those of us who are old enough, the grainy images of Neil Armstrong taking the first steps on the surface of the moon will remain with us for the rest of our lives. The World Series, Floods and brush fires in California, Heavy Snow in the East and the assassination of President Kennedy are all significant events that were covered with great expertise by the television networks.

Television informs and enlightens us, and sometimes even educate us. Television also relaxes us and in some cases emphasizes the mundane and insignificant aspects of our lives. For example, reclining in a comfortable chair watching Wheel of Fortune might be considered a relaxing activity. While on the other hand, spending the day on the sofa, watching talk shows and reality show dribble could be considered an unforgivable waste of time. Television has twenty-four hours a day to fill and this creates a great amount of wasted time and sub-par programming.

CNN, Fox News Channel, and other twenty four hour news outlets are very good at bringing us live news events. On the other hand, they are NOT very good at filling the time in between breaking news. Much of the schedule is filled with cheaply produced talk and entertainment shows slanted to promote the political views of those networks. But news outlets are not the only victims of the need to fill time. Entertainment networks, history and arts networks, public broadcasting and sports networks all have the same problem. The issue of filling a broadcast day schedule with quality programming has been an unsolvable monster since the great expansion of television networks beginning in the late 1970's.

Advances in technology have given us a high definition, 5.1 surround sound and better ways to watch the medium in the new millennium. But little or no advance in television programming has been achieved in the same amount of time. Game shows are essentially the same format. News stories are presented in much the same way as they have been for the last forty years. The only new television format developed in the last twenty years is the reality format. Some are expensively produced and very well done. Examples of these are Survivor and the Amazing Race. But most are cheaply produced wastes of videotape. These programs simply provide space in between commercials.