Home&nbsp;|&nbsp;Blogs&nbsp;|&nbsp;Health & Wellbeing&nbsp;|&nbsp;So much for David Cameron's promise to keep NHS waiting times down 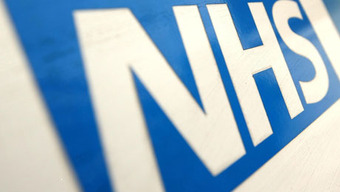 New figures show that 15,667 patients waited more than six weeks in May, compared with 3,378 in May last year

Patients' health and treatment could suffer because NHS waiting-times for x-rays, cardiology tests and ultrasound scans are increasing sharply, doctors are warning.

Longer waits to access diagnostic tests could cause anxiety for patients and mean that identification of serious illnesses such as cancer is delayed, they say.

Their warning comes as new NHS figures show that 15,667 patients waited more than six weeks to undergo a diagnostic procedure in May alone – a more than fourfold increase on the same month in 2010, when 3,378 did so.

The figures again call into question David Cameron's promise to ensure that waiting times do not rise, despite the growing demand for healthcare and tough financial climate in the NHS. He made that one of his "five personal pledges" to voters on the NHS last month.

The flagship 18-week target for patients to be treated after first consulting a GP is also under pressure. Quarterly data in that area, due next week, is expected to show another fall. Performance on other waiting-time markers is also slipping, such as the four-hour wait to be seen in A&E.

The latest statistics covering access to diagnostic procedures, covering May 2011, showed that 2.7% of patients were left waiting for six weeks or longer for diagnosis results. A further 1,800 patients waited more than three months – an almost tenfold increase on last year's figure of 217. Average waiting times also increased year-on-year, but to a lesser degree. The typical wait for diagnosis increased to 1.9 weeks in May 2011 versus 1.8 weeks a year before.

"It is worrying that patients are having to wait longer for tests, as this could delay diagnosis and have a detrimental effect on patient care," said a spokeswoman for the Royal College of Physicians, which represents hospital doctors.

"We must not return to the days when it took three months to get an MRI or ultrasound scan done, but that is a risk," said Dr Clare Gerada, chairman of the Royal College of GPs. "Delays in access to diagnostics can cause anxiety and uncertainty and can, in the worst case, result in failure to diagnose serious pathology early enough, such as cancer."

The British Medical Association warned that longer diagnostic waits could adversely affect treatment. "Longer waits for tests has a knock-on effect on the time taken to diagnose and treat patients," said a spokesman. "Delivering a more efficient NHS should not come at the cost of poorer frontline patient care."

The NHS monthly diagnostic figures exclude emergency tests on hospital inpatients, and also do not cover routine screening procedures (such as smear tests), or routine check-up and follow-up scans.

"These figures show that long waiting times for tests are up more than fourfold since David Cameron became prime minister," said John Healey, Labour's shadow health secretary. "It is clear that the government's reckless reorganisation is beginning to impact on patient care, and that we are starting to see the NHS go backwards under the Tories."

The Department of Health acknowledged that six-week waits had increased, but stressed these represented a minority of cases. "This increase needs to be seen in context. Of the patients waiting at the end of May 2011, 97.3% had been waiting under six weeks, and the average waiting time was just 1.9 weeks," said a spokeswoman.