Home&nbsp;|&nbsp;Blogs&nbsp;|&nbsp;Entertainment&nbsp;|&nbsp;Sam Smith Returns with The “Too Good at Goodbyes” Track of His Upcoming LP 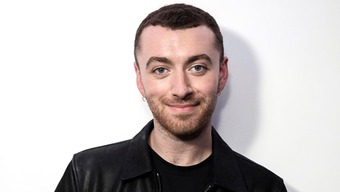 Sam Smith’s latest song was released two years ago, and now the singer is finally ready to come back with a new LP.

Sam Smith’s latest song was released two years ago, and now the singer is finally ready to come back with a new LP. We already received the first track “Too Good at Goodbyes” and the singer also released a video for it. You can find this song and others from Sam Smith at celebrity ringtones.

Sam Smith already offered an interview for Apple music where he revealed some personal details about this song and the upcoming album. "This song is about me and about a relationship I was in. This album actually is not all about me. There's about four songs that are about me, and the rest are about different things and different people in my life and what they've gone through," the singer declared.

We do not know yet what is the release date for Smith’s new LP, but he mentioned that we should get the album before Christmas. Fans should also expect some interesting collaborations.

Many fans wondered what was the reason for the singer’s absence. Recently Sam Smith opened himself in an interview and he explained that he had some serious personal problems that affected him and his music

"I was in a really bad place. "I got dumped, which wasn't very nice. Writing music about that kind of thing is normally like therapy for me, but when I got dumped this time 'round I just couldn't write for about two months” the singer said. “My team had to force me to get into the studio, because I almost felt as if I didn't want to do it any more. So, there were moments on there where it got a bit intense and I started to lose myself."