Running to get Fit: The Ultimate Guide 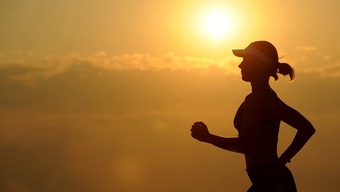 An article discussing the advantages of running to improve your health in old age. From the obvious benefits to more unusual benefits, we take a look at why you should start to think about putting running in your schedule.

You’ve probably heard it said that exercise is medicine. Well, it’s not just a saying; it’s the truth. There’s a raft of scientific evidence that proves that regular exercise (150 minutes per week, which is about 30 minutes five times per week)—and running in particular—has health benefits that extend well beyond any pill a doctor could prescribe. Studies have shown that running can help prevent obesity, type 2 diabetes, heart disease, high blood pressure, stroke, some cancers, and a host of other unpleasant conditions. What’s more, scientists have shown that running also vastly improves the quality of your emotional and mental life, and even helps you live longer. Here’s how:
1. Running makes you happier.
If you’ve been working out regularly, you’ve already discovered it: No matter how good or bad you feel at any given moment, exercise will make you feel better. And it goes beyond just the “runner’s high”—that rush of feel-good hormones known as endocannabinoids. In a 2006 study published in Medicine & Science in Sports & Exercise, researchers found that even a single bout of exercise—30 minutes of walking on a treadmill—could instantly lift the mood of someone suffering from a major depressive order. In a May 2013 study in Medicine & Science in Sports & Exercise in which rats and mice got antidepressant-like effects from running on a wheel, researchers concluded that physical activity was an effective alternative to treating depression.
And even on those days when you have to force yourself out the door, exercise still protects you against anxiety and depression, studies have shown. Moderate exercise may help people cope with anxiety and stress even after they’re done working out, according to a 2012 study published in Medicine and Science in Sports & Exercise. A 2012 study in the Journal of Adolescent Health proved that just 30 minutes of running during the week for three weeks boosted sleep quality, mood, and concentration during the day.
Ever heard someone call running their “drug”? Well, apparently, it actually is pretty similar. A 2007 study in Physiological Behavior showed that running causes the same kind of neurochemical adaptations in brain reward pathways that also are shared by addictive drugs.
2. Running helps you get skinnier.
You know that exercises burns calories while you’re working out. The bonus is that when you exercise, the burn continues after you stop. Studies have shown that regular exercise boosts “afterburn”—that is, the number of calories you burn after exercise. (Scientists call this EPOC, which stands for excess post oxygen consumption.) That’s kind of like getting a paycheck even after you retire.
And you don’t have to be sprinting at the speed of sound to get this benefit. This happens when you’re exercising at an intensity that’s about 70 percent of VO2 max. (That’s a little faster than your easy pace, and a little slower than marathon pace.)
3.Running strengthens your knees (and your other joints and bones, too).
It’s long been known that running increases bone mass, and even helps stem age-related bone loss. But chances are, you’ve had family, friends, and strangers warn you that “running is bad for your knees.” Well, science has proven that it’s not. In fact, studies show that running improves knee health, according to Boston University researcher David Felson in an interview with National Public Radio. Fitness Drum also discusses this in more detail.
“We know from many long-term studies that running doesn’t appear to cause much damage to the knees,” Felson said. “When we look at people with knee arthritis, we don’t find much of a previous history of running, and when we look at runners and follow them over time, we don’t find that their risk of developing osteoarthritis is any more than expected.”
4. Running will keep you sharper, even as you age.
Worried about “losing it” as you get older? Working out regularly will help you stay “with it.” A December 2012 study published in Psychonomic Bulletin & Review concluded that the evidence is insurmountable that regular exercise helps defeat age-related mental decline, particularly functions like task switching, selective attention, and working memory.
Studies consistently found that fitter older adults scored better in mental tests than their unfit peers. What’s more, in stroke patients, regular exercise improves memory, language, thinking, and judgment problems by almost 50%. The research team found “significant improvements” in overall brain function at the conclusion of the program, with the most improvement in attention, concentration, planning, and organizing.
5. Running reduces your risk of cancer.
Maybe running doesn’t cure cancer, but there’s plenty of proof that it helps prevent it. A vast review of 170 epidemiological studies in the Journal of Nutrition showed that regular exercise is associated with a lower risk of certain cancers. What’s more, if you already have cancer, running can improve your quality of life while you’re undergoing chemotherapy. (Want to know more about this? Read first-hand accounts of this and see our full cancer issue here.)
6. Running adds years to your life.
Even if you meet just the minimum of amount of physical activity—(30 minutes, 5 times per week), you’ll live longer. Studies show that when different types of people started exercising, they lived longer. Smokers added 4.1 years to their lives; nonsmokers gained 3 years. Even if you’re still smoking, you’ll get 2.6 more years. Cancer survivors extended their lives by 5.3 years. Those with heart disease gained 4.3 years.