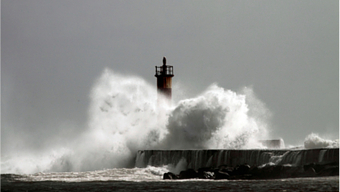 By the time you've read this, the Irish government will no doubt have fallen and paid the hard price of fiscal failure.

Soon after, the EU and the IMF will bail out the Irish banking system, the day will be saved and all will be OK! Right?

Not on your Nelly! This is just the next phase of fiscal collapse in the EU. If we are lucky then the impact on the UK will be slight. But that's only so long as Cameron and Osborne don’t lose their bottle and end up pandering to the unions and the ‘do gooders’!

How has this all come about? Well, in government terms the Irish were doing well with their borrowing until the money markets put the squeeze on them and pushed up their interest rates. (Making lots of money for themselves in the process, of course!).

The sad thing is, they could have got through it with a bit of luck. What did for them was when the Irish banks started haemorrhaging deposits in June. This could have turned into a flood had the EU not forced the Irish PM to take the loan and fortify his nation's banking system.

So what will happen now? Well Ireland will be OK for now and we should make a nice little profit on the £7billion we will lend them – about £200 million a year by my calculation. After all, we borrow money cheaper than the Irish government can!

But the real story is whether the money markets will now turn their attentions to Portugal and Spain. If they do, then the sparks will really fly and it might be out of the EU’s power to remedy the situation. In which case, the worst case scenario will be that the Euro implodes and we are forced into a two tier rate of exchange or back to the gold standard.

For us in the UK, lending to the commercial property market may soon come under threat thanks to those same speculators that did for Ireland. Plus, another bail out for our banks is still a possibility – remember our banks lend to the Irish, Spanish and Portuguese!

Globally speaking, this will stall recovery in the economy. And if that happens, a Royal Wedding won’t salvage our economy, nor will the Olympics. The answer lays in cutting spending, exporting more and importing less and reducing our entanglements with the rest of the world. That may well be going through chaos soon, but if the UK keeps its cool, we should come out of all this stronger and better prepared for the future. Money is all.

Lets see what 2011 brings for the eurozone. Hard choices ahead for all members of the single currency and a real obstacle to our own recovery, given that much of our trade takes place within the EU.
Governor of the bank of England, Mervyn King, claims Cameron and Osborne are out of there depth - well, we'll find out pretty soon if the euro goes into freefall.