Remortgaging to save you money 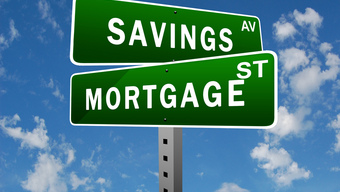 Posted on: 30 November 2015 by Kathryn Mckelvie

You might want to remortgage sooner rather than later, with the latest set of mortgaging criteria

There are two reasons someone would remortgage- either to replace their existing mortgage or to borrow money against their property. Remortgaging can be a useful way to get a quick injection of cash but the main reason one would remortgage should be; is to save money. Getting a better deal on your mortgage, can save you a significant amount of cash.

The best mortgages that offer the best rates typically only last two to five years and then you automatically get put on whatever the lender’s standard variable rate is, which is more often than not at a far more undesirable rate.

You can often be better off if you look around and see what every lender can offer you, many comparison sites take out a lot of the leg-work involved in this, creating a far easier environment to compare remortgages.

If you’re in your fifties this is a great time to remortgage but as you get older it becomes slightly more difficult to get lenders to approve a remortgage as they will ask for more documentation and evidence. It’s been noted that some banks like Halifax and Nationwide have introduced rules for customers who want to borrow into retirement. They will now take into account the person's retirement age as the state pension age if it is lower than their anticipated retirement age.

However, it’s important to realise that in certain circumstances a remortgage won’t be appropriate. This can be when you’re already on a great rate and if there are steep overpayment fees. Unfortunately, it is very common for banks to penalise people who want to repay their mortgage early so it only makes sense to make extra payments if you are repaying a significant portion remaining on the mortgage and that the fee to do so doesn’t wipe out the benefit to doing so.

If your home‘s value has dropped then you will be in a much tougher position. A lender would be unlikely to lend to you if you are in negative equity, the best course of action would be to just keep steadily making payments and wait for prices to go up again.

A change in circumstances could mean that it won’t be a good time to remortgage. If one of you has stopped working or you’ve become self-employed may mean that you no longer fit certain strict mortgage criteria.  If there have been any issues with debt recently then that will affect your chances of gaining a remortgage. To check for any previous actions that might affect your chances of remortgaging it can be good to every once and a while do a credit check of your credit file.

The new set of criteria that had been introduced was a reaction from the 2008 financial crisis but the stricter rules have meant that many people that should be perfectly eligible for mortgages are being denied.

The move to for some lenders to restrict lending to older people can make sense from the banks perspective that they want to reduce the risk of lending large sums of money to people that might not be able to repay the loan in full, due to health problems. A number of building societies do however bridge this gap in supply by providing mortgages to significantly older people that could be denied elsewhere.