Queueing will be the death of us 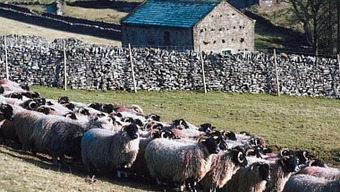 A national obsession is also our national downfall

Outside it was raining cold and hard, inside the station there was a large, shapeless crowd of people. "Why on earth are they all milling around the foyer like this?" I pondered as I marched up to the ticket machine.

Another commuter was heading for it, so I let him go first as my train was a while (a long while, as it happened thanks to delays). Instead of thanking me, he growled 'there is a queue!' and gestured to the random mass behind him.

I grunted, fought off my urge to nut him one and went back to the end of what I now realised was 'the queue'. No point revolting against the British herd - you'll just get trampled. But it took me a while to find the 'end of the queue' and indeed where the queue was going because it was snaking randomly, often into itself as the punters dithered between using the machines or the tills. There was no signalling this was indeed a queue - as said, it just looked like a random mass of people.

Everyone else, it seems, had tapped into the hive mind and fell into a quintessentially shabby and semi-aimless line. Finally, good old fashioned British fair play prevailed and I found myself in front of a half-broken ticket machine, trying to get the damn thing to work while the queue behind me made loud, angry tutting noises.

What was the point of all that, I wondered as I fought my way to the platform. It hardly seemed very efficient and if anything slowed everyone down. Nor had it made us 'better people' or improved our lives as we all then proceeded to shove our way into a hot, uncomfortable, dirty and overpriced train running 20 minutes late. What is the point of queues?

Not a lot, as it happens. Mathematician Refael Hassin discovered - to his surprise - that forming an orderly queue is in fact much more inefficient, and antisocial, than letting everyone just surge forth and take their chances. The average British adult, meanwhile, wastes 5 hours and 35 minutes a month just in queueing. Though you have to ask yourself, why?

The real reason is because it keeps you in your place, in a very petty and mean spirited British way. There is nothing meritocratic or just about queues. It's who gets in first and to hell with everyone else.

In that sense, it's a perfect metaphor for our post-post-feudal, post-industrial, post-everything society: You do what you're told in a badly organised, passively aggressive way and woe betide anyone who dares to jump the sacred procession. After all, you might not be getting served soon, but YOU MIGHT LOSE YOUR PLACE!!!

As cons go, it's impressive, not least when the rich can bypass the queues by paying more money than you. They know their place too.

Perhaps fittingly, it was the brusque, 'rude' Americans who had a better chance of surviving the sinking of the Titanic. The British, meanwhile, formed queues for the lifeboats... Can you guess what their chances were?