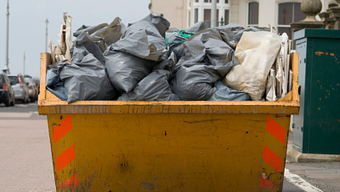 As Lord Hutton's report announces an end to 'generous' public sector pensions (which rather misses the point that a lot of public work is poorly paid and thankless), how has the press covered the announcements so far?

The Independent begins with a handy set of bullet points explaining the key points of the Hutton Report. Most significantly, that final salary pensions for the public sector should be replaced with 'career average' schemes instead, and a rise in the state retirement age of 66, bringing it in line with the state pension.

Epolitix notes that Hutton has summed up the proposals as ensuring "...that public service workers continue to have access to good pensions, while taxpayers benefit from greater control over their costs." Others have, however, pointed out that the Labour peer has alienated many in his own party by working with the government - he may well make more enemies soon.

The Financial Times features an article by John Hutton himself, where he makes the case for his report's findings. He claims he was trying to both stop costs rocketing and keep taxpayer and tax-paid happy. He may well fail on both counts.

The Daily Mail lets its own public sector-bashing agenda out of the bag with comments about 'gold-plated schemes'. On the other hand, it also reports that military personnel, police and firemen will have to work until they're 60 to qualify for a pension under the new scheme.

The BBC observes that a scheme similar to the one proposed by Lord Hutton has already been in place for civil servants, dentists and GPS recruited since 2008, while Unison and the UCU are, somewhat inevitably, up in arms.

Over at The Telegraph, GMB national officer Brian Strutton condemns the report like so: "Many of his conclusions are questionable and will infuriate public sector workers. It's not cogent enough to be a blueprint for reform but it might well light the blue touch paper for industrial action." As in, there's going to be a lot of strikes.

Finally, The Guardian is liveblogging the aftermath of the report, with the Royal College of Nursing describing the proposals as 'a hammer blow', and the paper itself argues this is just the 'starting gun' for mass industrial action. However, it also reports that The National Association of Pension Funds is all in favour of the changes, while the CBI is happy to describe it as 'well balanced'.

What happens next is up to the government and, of course, the unions.