Proteomics is a field of science, which makes Proteome as the object of study, in order to research cell, tissue, or biological protein composition and the law of change. It's a branch of amino acid analysis. The concept was first proposed by Marc Wikins in 1994.The word "proteome" comes from the combination of "protein" and "genome", which means "the complete set of proteins expressed by a genome", including all proteins expressed by a kind of cell or even a living organism.Proteomics in essence refers to the study of the characteristics of proteins at a large scale, including the expression level of proteins, post-translational modification, interaction between proteins and proteins, etc., so as to obtain an overall and comprehensive understanding of diseases, cell metabolism and other processes at the protein level. 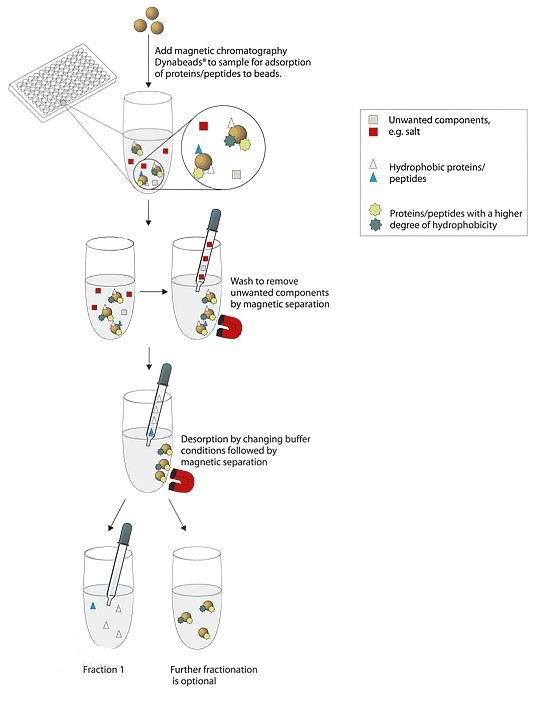 The ITRAQ (isobaric tags for relative and absolute quantification) technology is a relative and absolute quantitative technique developed by AB SCIEX to mark the same kind of isotope in vitro. This technique which is a high throughput screening technique commonly used in quantitative proteomics in recent years, uses a variety of isotope reagents to mark protein polypeptide N terminal or lysine side chain groups. Through high precision mass spectrometer tandem analysis, protein expression of up to 8 samples can be compared at the same time. It can be used to compare proteins in different samples, for example, to study differences in protein expression levels in tissue samples under diverse pathological conditions or at different stages of development...

The process of ITRAQ:

2. The enzymatic hydrolysis fragments were labeled with different markers and then mixed;

4. The same labeled peptide segment of the same protein from 8 different sources show a peak on the primary mass spectra;

5. The labeled peptides were subjected to secondary mass spectrometry and the balance group was detached from the reporting group;

8. Analyzed the data obtained by mass spectrometer qualitatively and quantitatively.

Shotgun proteomics strategy is a method of identifying proteins directly from complex protein mixtures without protein purification. Usually, proteins are digested into polypeptides and then sequenced by tandem mass spectrometry. The obtained polypeptide spectral data are used to search the database. SEQUEST software is used to analyze the first-order structure information of peptide fragments, so as to identify proteins.Shotgun proteomics, which is used to identify samples of mixed proteins with low copy, hydrophobic proteins and some polar proteins, has the advantage that two-dimensional gel electrophoresis (2- DE) technology cannot replace.

The basic theory of SILAC (Stable isotope labeling with amino acids in cell culture) is to use a medium containing essential amino acids of light, medium and heavy isotope type for cell culture (commonly used stable amino acids Lys and Arg). In the process of cell subculture, Isotopic amino acid will be used for protein synthesis, five or six generations later, all the proteins will be labeled by isotope, after the amount of mixed marker protein separation and mass spectrometry analysis, by comparing the level of mass spectrogram in the area of the three type of isotope peptides relative quantitative size, at the same time the secondary spectrum of peptides sequence determination in order to identify proteins.